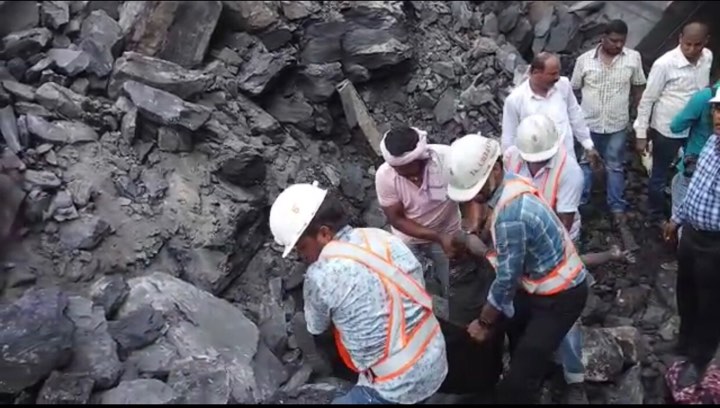 Angul: Two more bodies of coal workers, who were trapped in a coal mine in Odisha’s Talcher, have been recovered as the death toll in the incident has reached to three, an official said on Friday.

One person continues to remain trapped under the debris.

While the body of one Pupun Biswal (driver) of SICAL company (contractor) was recovered on Wednesday, bodies of Rashmi Ranjan Behera (supervisor) and Raj Kishore (Pump Khalasi) were recovered on Friday, an MCL statement said.

Rescue operations with the aid of NDRF ream and sniffer dogs, are underway on the third day for the fourth person missing after the collapse.

Worth mentioning, 13 labourers working in the night shift at Bharatpur open cast mine came under a dump slide due to a strata failure between 11 pm and 11.30 pm on June 23. Nine workers have been rescued in critical condition.

Furthermore, Chief Minister Naveen Patnaik on Friday announced compensation of Rs 5 lakh each to the next of kin of the deceased in the accident.