As per Ali's allegations, the duo was having an affair for the last 10 years and Sanjay, who is absconding since her protest, used to exploit her. 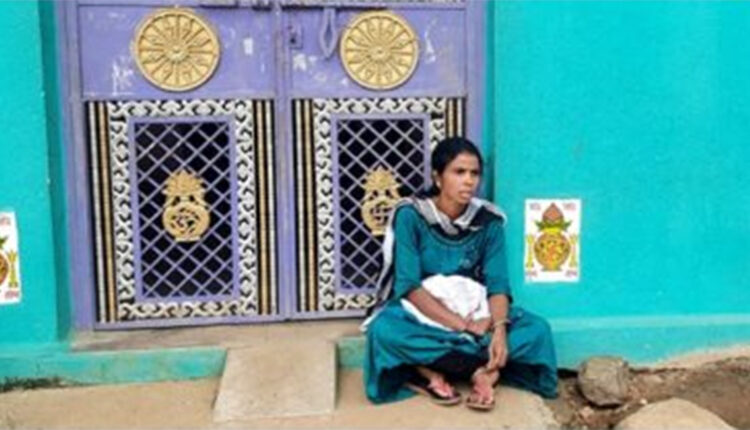 Reamal: After nearly a week-long dharna demanding rights of a wife in front of her lover’s house, a woman was finally convinced by police to shit to a one stop sakhi centre in Deogarh district of Odisha on Sunday.

The woman, Ali Sahu of Hitasara village within Naktideul police limits of Sambalpur district has been protesting in front of lover Sanjay Sahu’s house in Babarakot village of Reamal block of Deogarh district for over six days, demanding that he solemnises their relationship and accepts her as a wife by giving her ‘sankha and sindoor’.

As per Ali’s allegations, the duo was having an affair for the last 10 years and Sanjay, who is absconding since her protest, used to exploit her by keeping physical relations on assurance of marriage. He took advantage of Ali’s trust and took money, gold to the tune of lakhs after managing to get her family’s bank account details, she complained adding that she had to resort to this form of protest after Sanjay turned his back on her. Sources said Ali had approached the police and filed a case against Sanjay in 2019, accusing him of rape and fraud when she got to know that he was planning to marry another woman. Naktideul police had registered a case, arrested Sanjay and produced him in court. But after coming out of jail, he declined to marry her. He has been avoiding her since.

While the boy’s parents Benudhar and Kamla Sahu abstained from any kind of acceptance, Ali’s family too refused to accept her after getting to know about her affair. She claimed that she has been receiving abuses and death threats after she started protesting in front of Sanjay’s house.

Meanwhile on Saturday, women activists after getting to know about Ali’s plight gheraoed Sanjay’s house and even filed a police complaint after which cops reached the place. After assuring needful action, arrangements were made to send Ali to a one stop Sakhi centre in Deogarh.

When asked, Ali said she will continue to fight for her rights. “I will not accept my exploitation as a woman and will take the matter to court. Sanjay will either have to accept me as his wife or give me money to rebuild my life,” she told mediapersons.