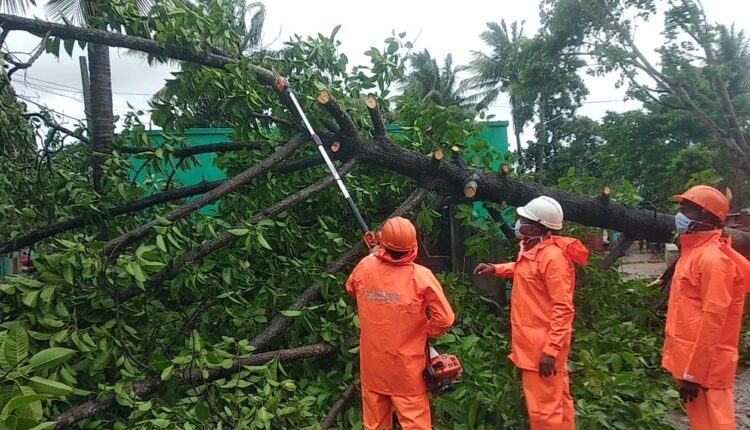 Bhubaneswar: As part of precautionary measures to contain spread of COVID post cyclone Yaas, Odisha Government asked the district authorities to check health condition of evacuated families as well as personnel deployed in cyclone management and restoration work for symptoms of the deadly infection.

In an order, Additional Chief Secretary Pradipta Kumar Mohapatra directed the Collectors of 12 districts affected by Cyclone Yaas to closely monitor health conditions of people taken shelter and officials who were on duty for cyclone.

Many families in the districts of Balasore, Bhadrak, Kendrapara, Jagatsinghpur, Mayurbhanj, Keonjhar, Sundargarh, Puri, Cuttack, Dhenkanal, Angul and Khordha had been shifted to cyclone shleters to keep themselves safe from very severe cyclonic storm Yaas.

Further, many officials engaged in restoration activities worked in close proximity to others.

“As the families in the cyclone shelters are now returning to their homes and the restoration work will also be completed over time, it is important that the concerned persons should be closely monitored for Covid symptoms over the coming weeks,” an order issued by the State Health & Family Welfare Department stated today.

The Additional Chief Secretary ordered to be vigilant in surveillance of cyclone shelter returned families and persons engaged in restoration work.

“Such persons should also be sensitized to monitor their own health. In case of any symptoms, they should be immediately isolated and tested for COVID-19,” Mahapatra said asking the Collectors that above instructions should be implemented meticulously.