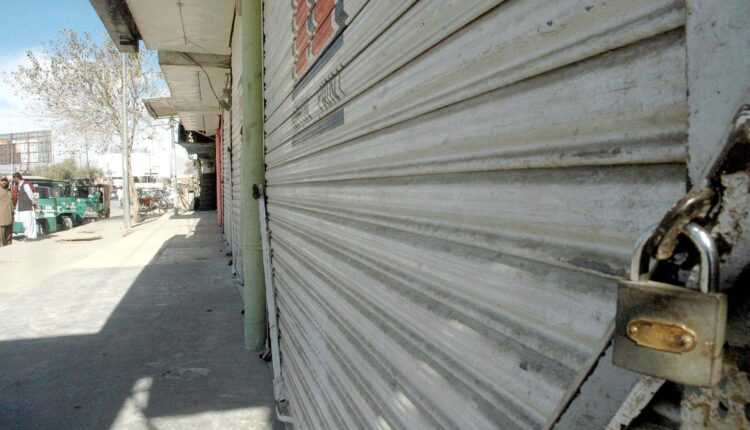 Kolkata:  Considering the stiff rise in Covid cases, the Mamata Banerjee government imposed near-complete-lockdown norms in the state starting from Sunday 6 a.m. for the next 15 days, allowing movement of people and vehicles only for emergency.

“We are taking some strict containment measures to contain the pandemic. Starting Sunday 6 a.m., West Bengal will go into lockdown till 6 p.m. on May 30.

“During this period all government, private offices other than those involved in emergency services shall remain closed.

In an earlier order, the state government had announced 50 per cent attendance in government and private offices.

“The Metro train services, local trains and intra-state bus services and ferry services would remain suspended,” he said, adding that all forms of commercial and private vehicles would also come under its purview.

Trucks and goods vehicles will also not be allowed to operate,” he added.

The state earlier had suspended the movement of train and metro but allowed bus and ferry services with limited occupancy.

The state government though has given relaxation to taxi and auto services but they will only be allowed to operate to and from emergency departments like hospitals, nursing homes, diagnostic centres, clinics, vaccination centres, airports, media houses and terminals.

All shopping complexes, malls, bars, sports complexes, pubs, beauty parlours will remain closed during this period, he said adding that any form of congregation would not be allowed.

“The emergency services will be allowed to operate under the condition,” the chief secretary said.

Stressing that people should follow the safety protocols and wear masks, he said that anyone found flouting the lockdown norms will be strictly dealt with under the Disaster Management Act and as per relevant sections of the Indian Penal Code.

Diabetes drug may help treatment of lung inflammation during Covid