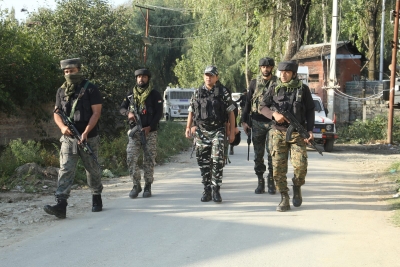 “Among the three neutralised local terrorists, two identified as Lateef Lone of Shopian, involved in killing of a Kashmiri Pandit Purana Krishna Bhat; and Umer Nazir of Anantnag, involved in killing of Till Bahadur Thapa of Nepal. One AK-47 rifle and two pistols recovered,” the J&K Police quoting Additional Director General Police Kashmir zone Vijay Kumar said in a tweet.

The encounter started after a joint team of police and security forces received a tip-off about the presence of terrorists in that the Munjh Marg area.

After the area was cordoned off, terrorists started firing drawing retaliation by the security forces.