Odisha: 3 of family killed, 2 others critical in road mishap on way to WB 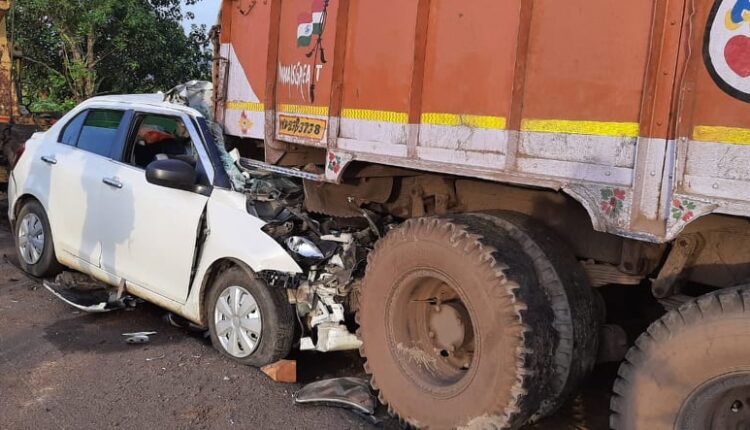 Jajpur: In a tragic incident, three persons of a family were killed while two others suffered grievous injuries after a car hit a stationary truck near Rathia Chhak under Dharmasala police limits in Jajpur district.

According to reports, five members of a family were en-route to Medinapur of West Bengal in a car from Bhubaneswar.  Midway, the car they were travelling in collided with truck parked on roadside from the behind near Rathia Chhak. While three of them died on the spot, two others were critically injured.

The injured were rushed to a hospital in Dharmasala and further shifted to SCB Medical College and Hospital in Cuttack after there condition deteriorated.

On receiving information, police reached the spot, seized the vehicles and initiated an inquiry in this connection.