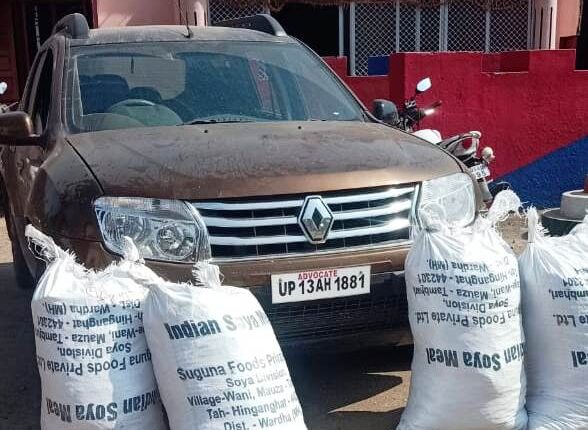 Acting on a tip-off about the contraband item being smuggled to UP from Lamtaput area via Jeypore town, a police team led by Jeypore police station OIC A Mahakur and SI NK Toppo conducted a raid and intercepted a SUV bearing registration number UP13 AH 1881 near Patraput bridge.

The cops searched the vehicle and recovered 81.700 kg ganja from it and arrested three UP youth: Pushpraj Gaudh (26) of Tikar area, Shiv Shankar Patel (32) of Bhasundar Kalan and Anil Kumar Patel (32) of Alimabad in Allahabad district. The cops also seized the SUV and Rs 17,030 cash from their possession.

A case has been registered at Jeypore Sadar police station under Sections 20 (b)(ii) and (C) of NDPS Act in this connection.

Koraput police has been taking stringent action to curb illegal ganja trafficking and the efforts will continue in coming days, said a release issued by the cops.

Vehicles to be diverted at Birupa bridge in Cuttack from tomorrow; Here’s why