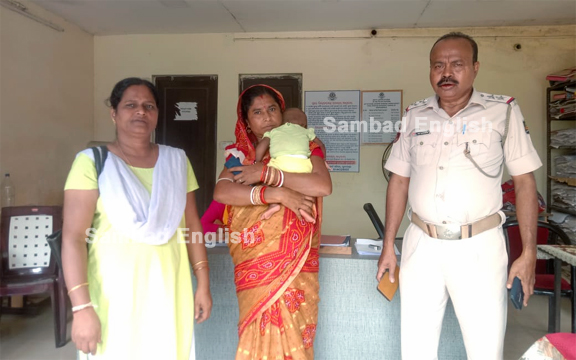 Bhubaneswar: A baby girl previously sold by her mother for Rs 10,000 was rescued today by Khandagiri police in Bhubaneswar.

Acting on a tip-off received from a team of Childline officials, the police conducted raid and rescued the four-month-old girl from a couple residing in Khandagiri locality here.

A team member of Childline Ghanashyam Bhoi lodged an FIR at the police station.

“We had bought the baby from her mother when she (the girl) was only 22-day-old. We paid the woman Rs 10,000 as per the deal finalised between us,” the couple expressed.

They got the girl’s mother signed on a blank court paper. However, they have forged the government birth certificate of the baby. The adoption is illegal. Child selling and forging of government document is punishable under JJ Act and IPC, a senior official in Khandagiri police station said.

The baby was produced before Additional CWC later in the day and was subsequently kept at Subhadra Mahatab Seva Sadan, the senior official informed.

46 instream storage structures to be set up in Odisha: CM

World Science Day for Peace and Development 2022 Theme, Significance and all you need to know