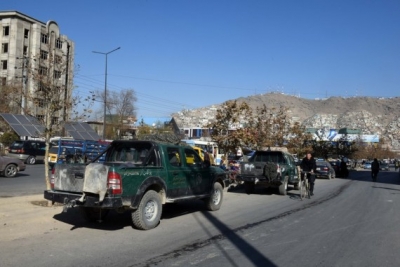 Kabul: At least five people were killed in a suicide bomb attack outside Afghanistan’s Foreign Ministry in Kabul, police said.

The Islamic State terror group’s Khorasan unit (IS-K) has taken responsibility for the attack which took place at around 4 p.m. on Wednesday evening, the BBC reported.

According to the Taliban-led Afghan government, the suicide bomber had tried to enter the Ministry premises but failed.

Several countries have embassies in the area, including China and Turkey.

The Italian humanitarian agency, Emergency NGO in Kabul said it had received more than 40 wounded people and the casualty numbers were continuing to rise.

“We have received more than 40 patients in the hospital, it is difficult to draw up a final number, we are continuing to respond,” TOLO News quoted Stefano Sozza, the NGO’s Country Director in Afghanistan, as saying in a statement late Wednesday.

“This is the first mass casualty in 2023, but certainly one of those with the most patients since the beginning of 2022. So much so that we have also set up beds in the kitchens and canteen.”

Spokesman for the Kabul security department, Khalid Zadran said the Taliban regime has condemned the “heinous” attack and will punish the perpetrators.

There was widespread condemnation for the attack.

Former Afghan President Hamid Karzai in a tweet “strongly” condemned the blast and called it a terrorist act, adding that it is against human and Islamic values.

In a statement, the UN Assistant Mission in Afghanistan (UNAMA) said: “Violence is not part of any solution to bring lasting peace to Afghanistan. Our condolences to the families affected.”

The Charge d’Affaires of the British Mission to Afghanistan, Hugo Shorter said in a tweet that “the UK rejects such senseless and indiscriminate acts of violence”.

Afghanistan has been rocked by dozens of blasts since the Taliban seized power last year, mostly claimed by IS-K.