As many as seven bombs were recovered and diffused by the bomb disposal squad, official sources said. 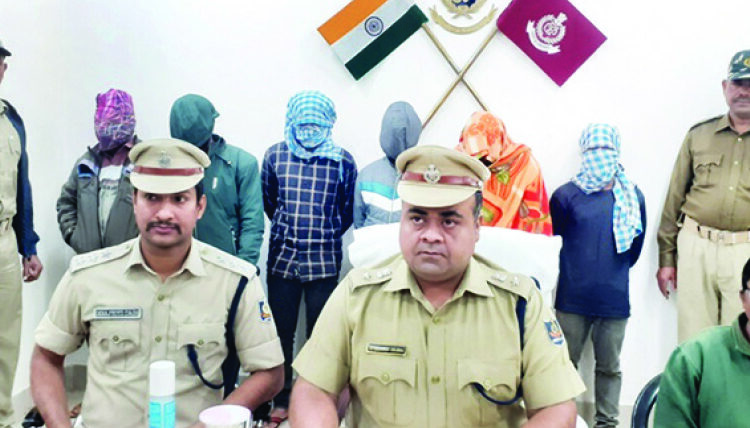 Rayagada: Police has arrested six persons for allegedly posing as fake Maoists and planting bombs in a local trader’s house after the latter refused to give them extortion money in Kashipur block of Rayagada district in Odisha on Friday. As many as seven bombs were recovered and diffused by the bomb disposal squad, official sources said.

As per reports, Kashipur police received tip-off about presence of explosives in the house of one Kumar Shankar Gopal, a local businessman in Sunger village. A team led by SP Vivekananda Sharma, CRPF bomb disposal squad, DVF and local police reached the place and started search operation. While scanning the place, security personnel found a gas cylinder and some live wire in the terrace and later recovered as many as seven bombs from various places in the house. During investigation, Gopal shared that he had received a call from the accused a few days back where they claimed to be Maoists and demanded Rs 5 lakh cash. They had also threatened him of dire consequence if he did not comply. As there was delay in handing over cash, the accused went ahead and planted the explosives to seek revenge. It is suspected that the accused had got the explosive materials from Kerala to make bombs.

Addressing mediapersons, SP Vivekananda Sharma informed that the accused persons are from Kashipur in Rayagada district and Thuamul Rampur in Kalahandi. Police are investigating whether they have other criminal cases pending against them, he added.