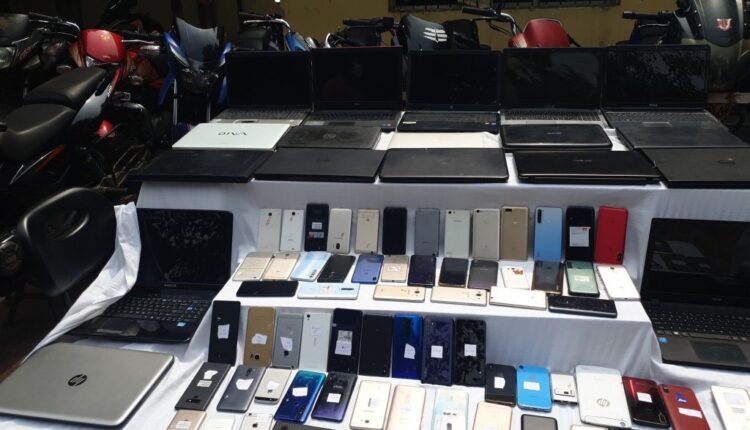 Bhubaneswar: In a major breakthrough for the Twin City Commissionerate Police, as many as eight looters were arrested while 70 smartphones, 23 laptops and 9 motorcycles were seized from their possession, official sources said today.

The accused belong to two groups of robbers. While one of the groups used to steal laptops and mobile phones in Khandagiri and Tomando areas of the city and sell those to buyers, another group was involved in snatching mobile phones and motorcycles from people during early morning hours after finding the victims alone, police sources said.

How your psyche affects your skin health