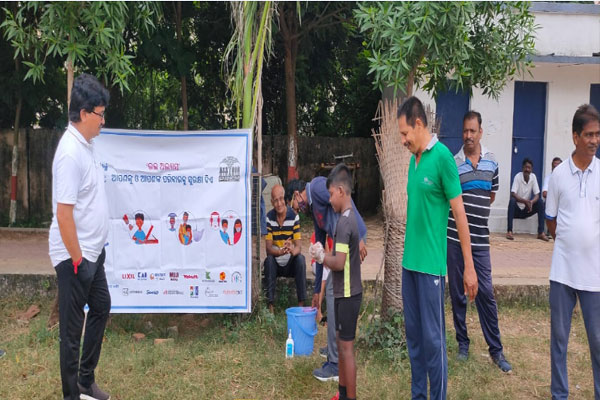 Bhubaneswar: PREM, a leading NGO of Odisha, in collaboration with I.J.Kakehashi Service Private Limited (IJK) headed by its Executive Director Sanjaya Panda organized a campaign called Achhi Aadat(Good Habit) in twelve states on October 14, 2021 on the eve of International Handwashing day. The campaign was organised with the support of JICA, a Japanese organization.

The campaign has been steered by national-level tribal people’s network (NACDIP) with support from PREM, IJK and JICA. The Achhi Aadat campaign denotes good habits with a special focus on hand washing, nail cutting, using masks and keeping social distancing.

This has given a good message to keep our surroundings and ourselves clean
during the time of the COVID 19 pandemic. A similar campaign was done all over
the states on October 2, 2021. People from different states expressed their gratitude to Dr Jacob Thundyil, President of PREM and Sanjaya Panda, Executive Director of IJL for their valuable initiation in this good cause.