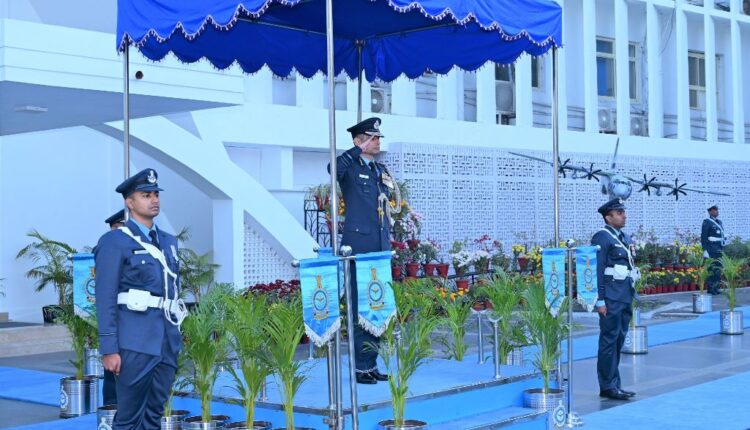 The Air Marshal is a graduate of National Defence Academy, Pune and was commissioned into the IAF as a fighter pilot in June 1985.

In his service career spanning over 37 years, Air Marshal Sinha has tenanted important command and staff appointments. These include Commanding Officer of a Fighter Squadron, Chief Instructor (Flying) at a flying station, Training Coordination Officer at Royal Air Force Valley, the UK where he flew the Hawk aircraft, Principal Director Personnel Officers at Air Headquarters, Air Officer commanding of a prestigious Air Force Station, Air Assistant to Chief of the Air Staff and Assistant Chief of Air Staff Operations (Offensive) at Air Headquarters.

He is the Commodore Commandant of a premier fighter Squadron and was Director General Air Operations at Air Headquarters prior to taking over the present appointment.

Air Marshal Pankaj Mohan Sinha succeeds Air Marshal S. Prabhakaran, who superannuated on December 31, 2022 after putting in more than 39 years of distinguished service in the IAF.

The Ministry of Defence said that the Indian Air Force will be further strengthened with enhanced lethal capabilities by induction of a new range of missile systems, Long Range Guided Bombs, Range Augmentation Kit for conventional bombs and advanced surveillance systems.

Last week the defence acquisition council (DAC), headed by Defence Minister Rajnath Singh, had accorded approval for the Acceptance of Necessity (AoN) for 24 Capital Acquisition Proposals. These proposals include six for the Army, six for IAF, 10 for the Navy and two for Coast Guard for a total value of Rs 84,328 crore.