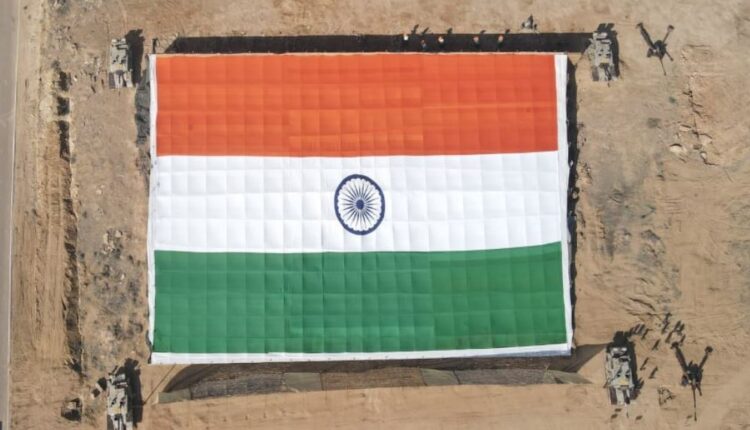 Jaisalmer/Bhubaneswar: On the occasion of Indian Army Day, the world’s largest national flag made of ‘khadi’ was unfurled along the India-Pakistan border in Rajasthan’s Jaisalmer on Saturday.

A similar flag was unfurled in Leh in October, 2021. Indian Army’s Fire and Fury Corps organised a historic event at Leh Garrison, where a monumental national flag was unfurled by R.K. Mathur, LG of Ladakh, on the hill overlooking Leh valley.

The Indian Army was officially established on April 1, 1895.  However, it was only in 1949 when the country got its first chief. On January 15, 1949, Lieutenant General KM Cariappa took over as the first Commander-in-Chief of the Indian Army from General Fransis Bucher, the last British Commander-in-Chief. Since then, the day is celebrated as Army Day.