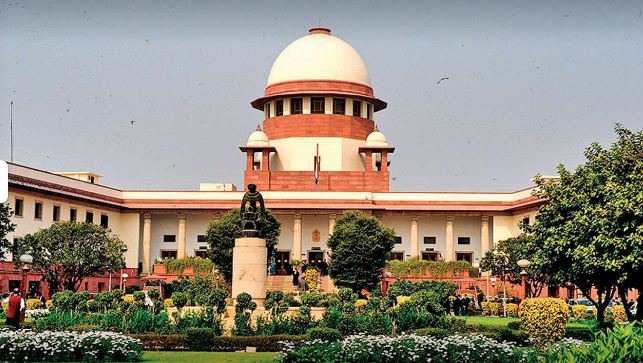 New Delhi: The Supreme Court on Friday said a candidate, as a matter of right, cannot claim allocation of cadre of his/her choice, after qualifying the civil services examination.

Citing the Rajiv Yadav case, a bench of Justices Hemant Gupta and V. Ramasubramanian said the allocation of cadre is not a matter of right.

It noted it was held that a selected candidate has a right to be considered for appointment to the IAS but he/she has no such right to be allocated to a cadre of their choice or to their home state. “Allotment of cadre is an incidence of service. The applicant as a candidate for the All-India Service with eyes wide open has opted to serve anywhere in the country. Once an applicant gets selected to service, the scramble for the home cadre starts,” the bench said.

The top court noted that procedure for allocation of cadre is a mechanical process and admits no exception except under certain rules, and the state has no discretion on allocation of a cadre at its whims and fancies.

It said it is fallacy that consultation has to be held with the state to whom the officer is to be allocated, not with the state with whom officers claim allocation.

The top court passed the order deciding the 14-year legal battle of an IAS officer seeking Kerala cadre, being her home state. The Kerala High Court in 2017, directed the Centre to change A. Shainamol’s cadre from Himachal Pradesh to Kerala.

Setting aside the high court order, the court emphasised that the consistent view of the top court has been that even if the name of the candidate appears on the merit list, such candidate has no right to claim appointment.

“The High Court had exceeded its jurisdiction to order allocation of Kerala cadre to the applicant without examining the policy decision of the Union to fill up only 89 vacancies. The High Court again erred in law that an OBC candidate, who has not availed relaxation or concession, had to be treated as general category candidate,” it noted.

The bench pointed out that the mandate of Rule 5(1) of the Cadre Rules was satisfied when consultation was made with the state to which allocation was made.

United Nations Day 2021: History, Significance and why it is celebrated on October 24