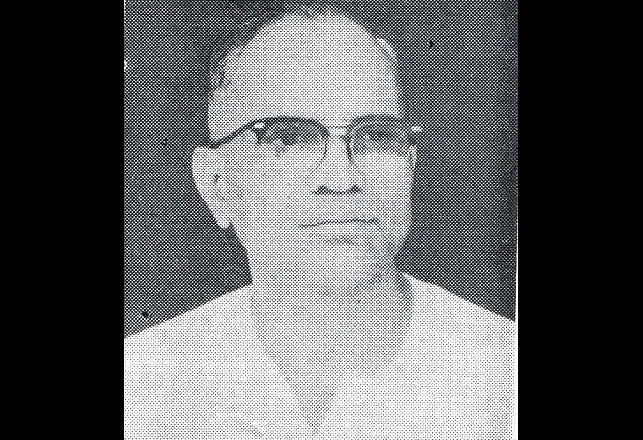 Share
By Swaraj Mishra*
Career in medicine, entertainment industry or politics have one thing in common. Once you succeed, public support comes to you in extraordinary measure. In fact, these are fields connected with some basic needs of the masses and people simply love the person who can touch their lives in a meaningful way. That is what happened to Kaviraj Krushna Chandra Tripathy Sharma from Aska. Kaviraj Tripathy who won the prestigious ‘Jayadev Award’ for his contributions to Odia cinema in 1981, stormed into electoral politics in 1971 and won from Aska assembly constituency, which was considered a Communist bastion, as a candidate from ‘Utkal Congress’.
Krushna Chandra Tripathy, born on 23rd February 1914 completed his studies in Ayurvedic Medicine from Ashtanga Ayurveda Vidyalaya, Kolkata in 1936 and started his medical practice in Aska. Soon he became very popular in the field and started a company named ‘Utkal Ayurvedic Pharmacy Limited’ for manufacture and distribution of quality Ayurvedic drugs. The company opened its branches all over Odisha and spread into adjoining states of West Bengal and Andhra Pradesh as well. Tripathy had joined the freedom struggle also. He was actively involved in the Quit India Movement and undertook Padyatras to strengthen the organisational structure of Congress at the grassroots level.

Being a person of great literary merit, who had a lot of interest in films, he branched into film production also. In 1958, he set up ‘Utkal Chalachitra Pratisthan’ and started producing some quality Odia films which brought him immense popularity. ‘Sri Sri Mahalaxmi Puja’ (1959), the debut film of the famous actor Sarat Pujari, was his first production followed by two other hits, ‘Parinama’ (1961) and ‘Dasyu Ratnakar’ (1962). Sri Sri Mahalaxmi Puja was dubbed into Hindi and was released under the name ‘ Jai Jagannath’.
It was during 1971 elections to State Vidhan Sabha, he caught the attention of Biju Patnaik, who was looking for talented persons from various walks of life to rope them into politics and field them as candidates of his newly formed ‘Utkal Congress Party’. He was fielded from Aska Assembly constituency, where he was pitted against Harihar Das of ‘Communist Party of India’ who had won the seat thrice earlier in 1952, 1957 and 1967. There were two other candidates as well from Congress and Swatantra Party, which made it extremely tough for Tripathy. But the Kaviraj of Aska had already found a place in the hearts of the voters of Aska with his dedicated medical service and the popular films he produced. He won the elections by defeating Harihar Das by a slender margin of 627 votes. He polled 19,890 votes as against 19,263 votes polled by Harihar.
That was pretty reassuring for Biju Patnaik, as Aska always had a special place in his heart. He had won his first two elections after Independence from that area in 1952 and 1957 from Jagannath Prasad and Surada respectively. Coincidentally, he had also won his last elections from Aska Lok Sabha constituency in 1996. But winning Aska in 1971 for Utkal Congress was very special. Though it was difficult to snatch the seat away from the Communists, he managed to do so by fielding a candidate like Kaviraj Krushna Chandra Tripathy, who had touched the lives of the common people of the area in more ways than one.
Related Posts