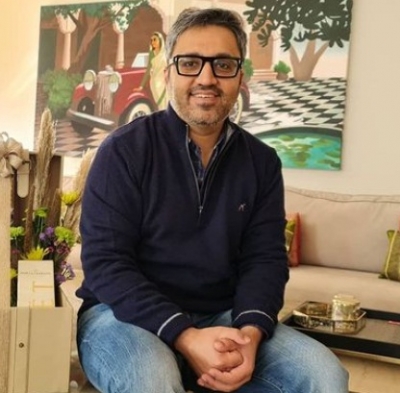 New Delhi: Ashneer Grover has claimed that as he proceeded on the so-called voluntary leave earlier this year amid the fierce BharatPe saga, his office and desktop had been broken into and “bouncers had been stationed” there by the fintech company he co-founded.

In his memoir ‘Doglapan’, Grover wrote that “I found out that the locks at BharatPe’s Malviya Nagar office had been changed, the CCTV cameras had been switched off”.

“Not only were the events absolutely bizarre, but my writing to the (BharatPe) board seeking an explanation for this gross overreach was met with absolute silence,” said Grover who is now fighting a case in Delhi High Court for an alleged Rs 88.6 crore fraud at BharatPe during his tenure.

Grover said that in January 2022, he had been coerced into going on a voluntary leave of absence from BharatPe, a company worth $3 billion (over Rs 20,000 crore) that “I had built painstakingly at an unprecedented pace over the last three and a half years as its founder and managing director”.

“While the nation was enjoying Shark Tank India and celebrating the new wave of entrepreneurship that was taking the country and millions of TV screens by storm every weeknight from 9-10 p.m., I was personally fighting a bloody board battle aimed at wresting control of BharatPe from me,” wrote Grover.

“During the last week of the month I was preoccupied handling deceit, betrayal and politics by my own co-founder, hired management and thankless investors at BharatPe,” he wrote in his book.

Later, his wife Madhuri Jain Grover, who was the Head of Controls at the fintech company, also went on leave.

After fighting an intense legal battle with the Board of Directors, Grover finally resigned from the fintech platform in February-end.

BharatPe alleged that Grover, his wife, and their relatives were engaged in extensive misappropriation of company funds and grossly abused company money to fund their lavish lifestyles.