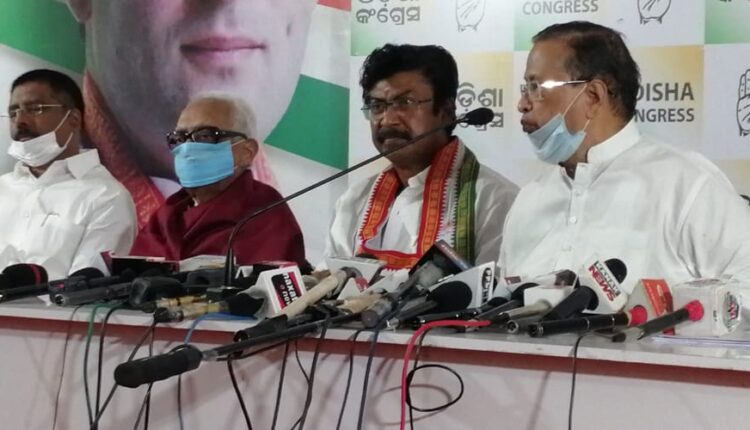 Bhubaneswar: Odisha Congress in-charge Dr A Chellakumar today hit out at both Biju Janata Dal (BJD) and BJP over corruptions and crimes in the State.

Addressing media persons at a presser a day after visiting Jadupur village in Nayagarh district to meet parents of a minor girl, who died under mysterious circumstances in July this year, the Congress leader said that the BJP was the sister concern of ruling BJD.

“The BJP and BJD are together. Both the parties are the two sides of a coin,” Chellakumar said.

He termed the order for an SIT probe under supervision of a judge of the Orissa High Court into Nayagarh minor girl murder case as a ‘historic achievement’.

“We had told to the Government very categorically that if any inquiry is taking place, it should be under supervision of the High Court judge. Otherwise, the minister should resign. We had a very clear stand from the beginning regarding the issue. However, the BJP made ruckus to divert the attention and safeguard the real culprit in this case. Finally, when the State Government came forward for the SIT probe under supervision of the High Court judge, yes, it was an achievement. It was a historical achievement of the Congress party,” the parliamentarian said.

He said that the BJP was projecting Congress differently when the demand for the investigation into the murder case was raised in the State Assembly.

“The BJP is accusing the Congress saying that our MLAs are bribees when we demanded the State Government for the SIT probe into the minor girl murder case. But, we are ready to face any kind of probe and debate with the BJP friends.

“While people were claiming that Jayaram Pangi was behind the murder of woman teacher Itishree Pradhan in Rayagada, the so-called accused joined the BJP camp leaving the BJD,” he said.

He said that the BJP had lost its moral values when it inducted Jayram Pangi into the party.

“How could the BJP admit him in the party and gave him a shelter? Would not the party feel ashamed of it? What moral you have to accuse the Congress? We have nothing to hide,” the State’s Congress in-charge said.