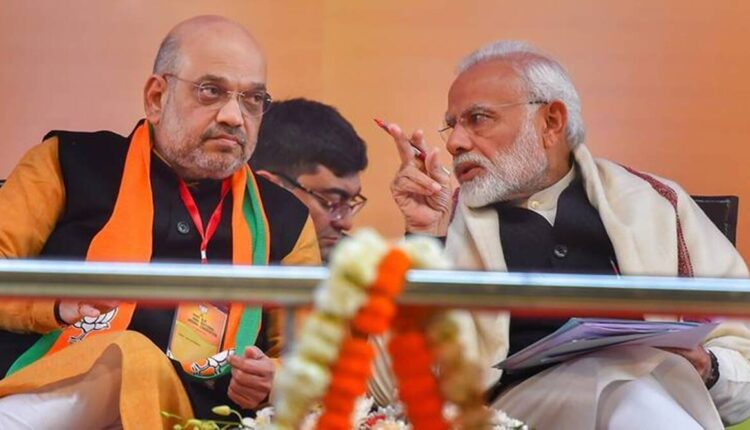 New Delhi: While making strategy for the upcoming Assembly polls under the leadership of Prime Minister Narendra Modi and Home Minister Amit Shah, the Gujarat BJP is targeting to break Congress record of winning 149 Assembly seats set in 1985.

In the 1985 Gujarat polls, under leadership of Madhavsinh Solanki, the Congress registered a landslide victory by winning 149 out of the 182 seats in the state Assembly.

A senior party functionary told IANS that Gujarat BJP chief C.R. Patil is working overtime under the guidance of Prime Minister Modi and Home Minister Shah to break the record of winning maximum number of seats set by the Congress in 1985.

“While we have been in power for almost three decades in the state, the BJP has not been able to breach the 149-mark set by the Congress in 1985. State BJP president Patil has set a target to cross the mark in this year’s Assembly polls,” he said.

Interestingly, Solanki’s historic performance of winning 149 seats in1985 has not been surpassed by either the BJP or the Congress till date.

Patil, a key strategist of the BJP, has won the trust of both Modi and Shah, and he is leaving no stone unturned to achieve the target.

Politically, he is trying to ensure that AAP doesn’t emerge as a serious player in Gujarat and has so far inducted around 500 workers and office-bearers of Arvind Kejriwal’s party into the BJP fold.

“Under Patil’s leadership, several district unit workers of AAP have joined the BJP. He is identifying the potential threats and ensuring that there is no major fight with AAP in the Assembly polls to be held this year-end,” a party insider said.

Patil is also using a creative approach for the branding of the party and the state government. The cap that BJP MPs and party leaders were asked to wear on the foundation day of the BJP on April 6 was the same which the Prime Minister wore at a roadshow in Ahmedabad in March after BJP’s triumph in Uttar Pradesh, Goa, Uttarakhand and Manipur Assembly polls.

The cap was designed and produced in Surat.

It is learnt that Patil had ensured that the cap was produced on a large scale and popularised during Modi’s visit to his home state on March 11. Chief Minister Bhupendra Patel was also seen wearing the same cap at the Ahmedabad roadshow.

The party also stood firmly behind him when Kejriwal took a swipe at him by saying that the BJP couldn’t find a Gujarati leader for the state president’s post. Senior leaders from Gujarat to Delhi came to defend Patil, who was born in Jalgaon in Maharashtra, and asked about Kejriwal’s roots.