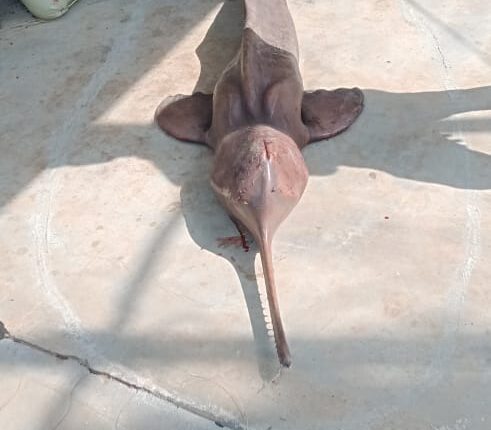 Kendrapada: Residents of Bhedisahi village under Pattamundai police limits in Kendrapada district were taken aback after a giant carcass of a rare dolphin was spotted in the locality late last night.

As per forest officials the rare Gangetic dolphin  had strayed into Gobari river from Mahanadi river delta and got trapped in the fishing net of Bhedisahi fishermen. However, the aquatic mammal died since it was kept out of water for a while. Later, the farmers threw the carcass on the road and went away.