CBI will confront Kochhars and Dhoot with documentary evidence 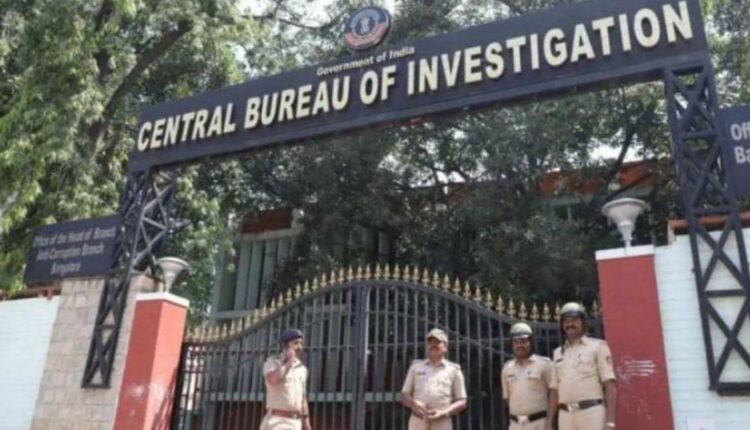 All the three were produced before a Special CBI court where the probe agency sought their custodial remand.

The CBI will now confront them with documentary evidence. They have already recorded their statements. The trio will again be confronted together in the matter.

The CBI has alleged that Dhoot didn’t disclose the full facts to them and hence he needed to be confronted with Kochhars.

The CBI also alleged that Dhoot was not cooperating in the probe. The CBI said that they sent two notices to Dhoot to join the investigation but he didn’t appear before the investigating agency on December 23 and 25. The CBI also found inconsistency in his statements.

On August 26, 2009 a Sanctioning Committee headed by Chanda Kochhar sanctioned Rupee Term Loan of Rs 300 crore to Videocon International Electronics Limited (VIEL) in contravention of rules and policies of the bank in criminal conspiracy with the co-accused persons and abusing her official position as a public servant.

The loan was disbursed on September 7, 2009 and on the very next date September 8, 2009, V.N. Dhoot, (MD Videocon Group) transferred Rs 64 crore to NRL managed by Deepak Kochhar from Videocon Industries Limited through his company Supreme Energy Pvt. Ltd. (SEPL).

NRL was incorporated on December 24, 2008. V.N. Dhoot and Saurabh Dhoot resigned from the directorship of NRL on January 15, 2009. Before resigning. V.N. Dhoot allotted 19,97,500 warrants (convertible into equity) to Deepak Kochhar.

On June 5, 2009 shares of NRL were held by V.N. Dhoot and Deepak Kochhar were transferred to Supreme Energy Private Limited (SEPL).

SEPL was incorporated on July 3, 2008 with its directors as V.N. Dhoot and his associate Vasant Kakade.

V.N. Dhoot resigned from the directorship of SEPL on January 15, 2009 and transferred the control of the company to Deepak Kochhar by transferring his shares to Pinnacle Energy Trust managed by Deepak Kochhar.

Between June 2009 and October 2011, ICICI Bank sanctioned Rupee Term Loan of Rs 1,875 crore to six companies of Videocon Group for the purpose of enabling them to repay the unsecured loan availed by these companies from Videocon Industries Limited. All these loans were sanctioned after Chanda Kochhar took over the charge of ICICI Bank as MD & CEO. Out of the six loans, Chanda Kochhar was one of the committee members in two loans, i.e., RTL of Rs 300 crore to VIEL and RTL of Rs 750 crore to VIL.

The ICICI bank had also released the security available in the form of FDR of Rs 50 crore in the accounts of Sky Appliance Ltd and Techno Electronic Ltd without any justification.

On April 26, 2012, the existing outstanding of the six RTL accounts were adjusted in RTL of Rs 1,730 crore, sanctioned to VIL under refinance of domestic debt. The account of VIL was declared NPA on June 30, 2017.

“During investigation it has been found that in furtherance of criminal conspiracy with other accused persons, Chanda Kochhar sanctioned various loans to Videocon Group despite having business dealings with V.N. Dhoot. That investigation revealed that on September 8, 2009, an amount of Rs 64 crore was transferred out of a disbursed amount of Rs 283.45 crore, sanctioned to Videocon International Electronic Limited by a committee headed by Chanda Kochhar, to the company’s account of her husband. Thus Chanda Kochhar has committed criminal breach of trust punishable under Section 409 of IPC, by sanctioning RTL of Rs 300 crore and later on converted the funds of Rs 64 crore for her own use,” the CBI has alleged.

The CBI said that being a public servant, she was entrusted with the bank funds for which she was liable to discharge such trust in accordance with the guidelines issued by the ICICI Bank.

“The CBI has learnt that Chanda Kochhar was residing in a flat without consideration during the period she dealt with the loan proposal of Videocon Group and sanctioned for sanction as a member of the committee flat was under litigation for possession between Videocon Industries Limited and Deepak Kochhar. Subsequently, the flat (valued at Rs 5.25 crore in 1996) was transferred to Quality Advisor, a family trust of Deepak Kochhar at a meagre amount of Rs 11 lakh in 2016,” the CBI said.