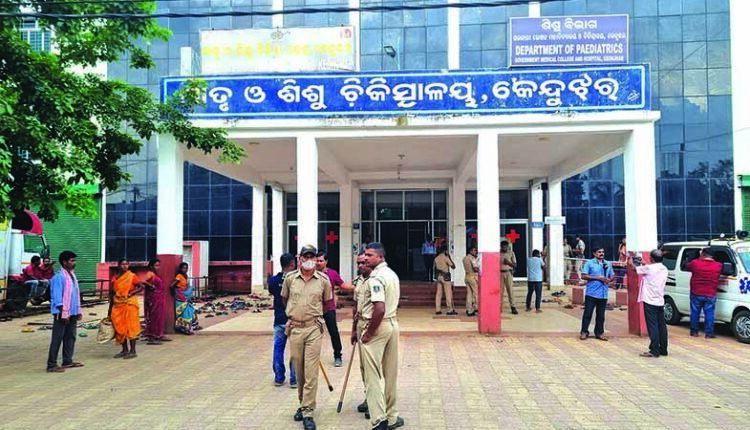 Keonjhar: Keonjhar chief district medical officer (CDMO) Dr Sujatararani Mishra was transferred to Nabarangpur district after as many as 13 children admitted to the district headquarters hospital (DHH) died in the last 18 days due to alleged medical negligence. She will be replaced by ADMO Kishore Prusty.

As per reports, 13 children succumbed during treatment at the DHH in nearly three weeks due to alleged lack of attention by doctors and hospital authorities. As public anger mounted, the State government had sought a report over the children deaths. In response, CDMO Dr Mishra in letter number 3085 to the Health department had stated that the doctors on duty or hospital authorities have no role in the matter. In all cases, the children were in a critical condition leading to the deaths, she had said while refuting the allegations of medical negligence.

“A high level team from the Health department had come for an inquiry. According to the team members’ findings, there were inadequate Special Newborn Care Units at the hospital,” Dr Mishra had told mediapersons, while admitting the shortage of doctors and nurses to attend to the babies at the SNCUs.

Official sources said total 122 children have been admitted in the hospital in September of which 13 have died. This has raised serious concerns over the state of healthcare in rural areas.

Meanwhile, the State government has come under sever attack from the opposition with the BJP demanding probe into the matter by a sitting judge. On Thursday, BJP MLA and Opposition Chief Whip in Odisha Assembly Mohan Charan Majhi called out the Keonjhar district administration for lack of healthcare facilities despite having the DMF corpus at its disposal for development.