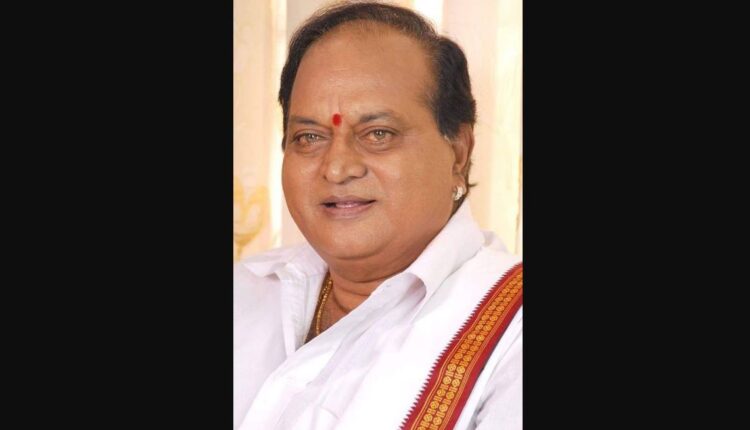 He suffered cardiac arrest at the residence of his son Ravi Babu at Banjara Hills, MLA Colony in the early hours of the day.

Known for his comic and villainous roles, he acted with three generations of top stars in a career spanning over five decades. He is survived by two daughters and a son. Ravi Babu is an actor and filmmaker.

Born on May 8, 1944, in Andhra Pradesh’s Krishna district, Chalapathi Rao entered the film industry with the encouragement by thespian N. T. Rama Rao. He established himself as an actor and producer. Chalapathi Rao acted in more than 600 films.

Chalapathi Rao made his debut in 1966 with ‘Ghodachari 116’. He acted in supporting roles with leading actors like N. T. Rama Rao, Krishna, Nagarjuna, Chiranjeevi and Venkatesh. He also produced a few films.

Chalapathi Rao’s family said that the last rites will be performed on December 28 after the arrival of his daughter from the United States. They said that the body would be kept at Ravi Babu’s house till 3 p.m. on Sunday to enable Tollywood personalities and fans to pay their last respects. It will then be moved to the freezer at Mahaprasthanam in Jubilee Hills where the last rites will be performed on Wednesday.