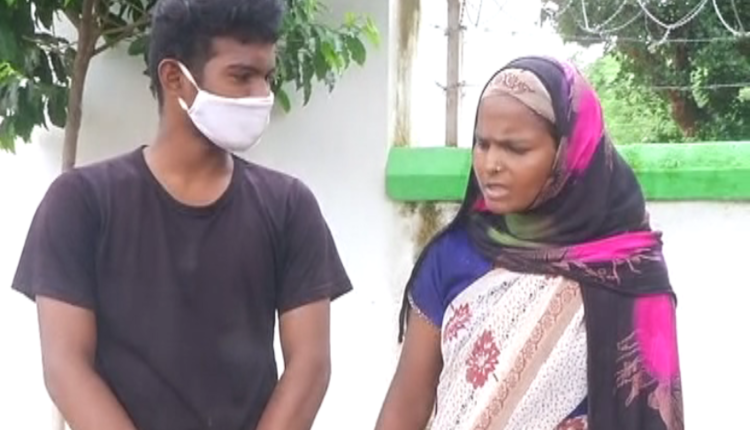 Bhubaneswar: Failing to fill forms for Matric improvement examination,  a Class 10 student along with his mother attempted suicide in front of the residence of School and Mass Education Minister Samir Ranjan Dash here today .

The two attempted self-immolation after pouring kerosene on them this afternoon. However,  they were rescued by police personnel deployed in the area and later taken to Capital police station for counselling.

Earlier yesterday, they made the same attempt in front of Capital High School here holding the school authorities responsible for the student being deprived of doing the form fill-up.

The student, Imran Khan, had passed Matric Examination-2021 by securing 272 marks. Unsatisfied with his marks secured without appearing in the exam, the student wanted to appear in the improvement exam offline, scheduled to begin on July 30.

The student alleged that when he met the school Headmaster for form fill-up, the latter assured him of doing the same on his behalf. The last date for form fill-up was July 15.

However, the student came to know that he has been left out for form fill-up when he visited the school to collect admit card last morning. Expressing anguish over ‘negligence’ on the part of school authorities, he and his mother attempted suicide in front of the school yesterday afternoon.

Refuting the allegation, Headmaster Amar Kumar Behera said, “Imran got left out in the form fill-up process due to negligence by his family. We did the formalities for four other students so there was no issue in doing the same for another student. After discussing with school authorities, his father told us that he would come again for the form fill-up but he did not turn up.”