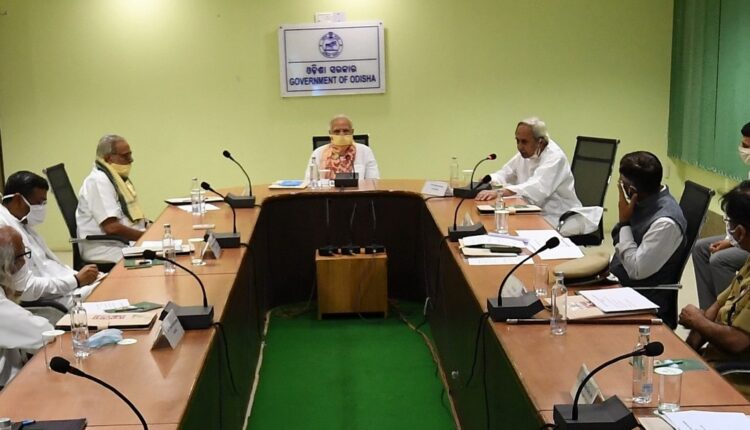 New Delhi: When it comes to symbolism, very few can match Prime Minister Narendra Modi himself. After returning from a hectic day-long stocktaking and meetings with top officials to gauge the extent of damage cyclone Amphan had caused in West Bengal and Odisha, Modi composed two separate tweets in Bengali and Odia languages.

Modi tweeted a photo of the review meeting held jointly by him and Wesr Bengal Chief Minister Mamata Banerjee to say in Bengali: “I surveyed the Ampan-devastated region of West Bengal, by air. The Central Government will provide all possible assistance for relief, rehabilitation and reconstruction, to all the Cyclone victims.”

Invoking Raja Rammohan Roy, a key figure in Bengal renaissance, Modi sent another tweet in Bengali: “Today is the birth anniversary of Raja Rammohun Roy. I pray that with his blessings, West Bengal will quickly return to normalcy.”

After conducting an aerial survey of the cyclone-hit areas of West Bengal, Prime Minister Modi announced a Rs 1,000 crore relief package for the state, saying the nation stood with Bengal in this hour of crisis. The Prime Minister also said that Rs 2 lakh would be given to the next of kin of the deceased persons while those who suffered serious injuries will get Rs 50,000 each.

His next stop was Odisha which too was badly affected due to the super cyclone where too he took stock of the situation. Hence, his next tweet was a photo of a meeting with top officials of the Odisha government and CM Naveen Patnaik and composed in Odia. He said: “I reviewed various aspects of the cyclone in Odisha. The state’s disaster management process has ensured many lives were saved.”

He also announced a fiscal aid package of Rs 500 crore for Odisha.

Cyclone Amphan made landfall in West Bengal on Wednesday afternoon and caused severe damage in various parts of the state with wind speeds ranging from 155 kmph to 185 kmph, accompanied by heavy rainfall. At least 80 people have lost their lives due to the cyclone, as per sources.

Odisha achieves another milestone in disaster management; gets recognition from…