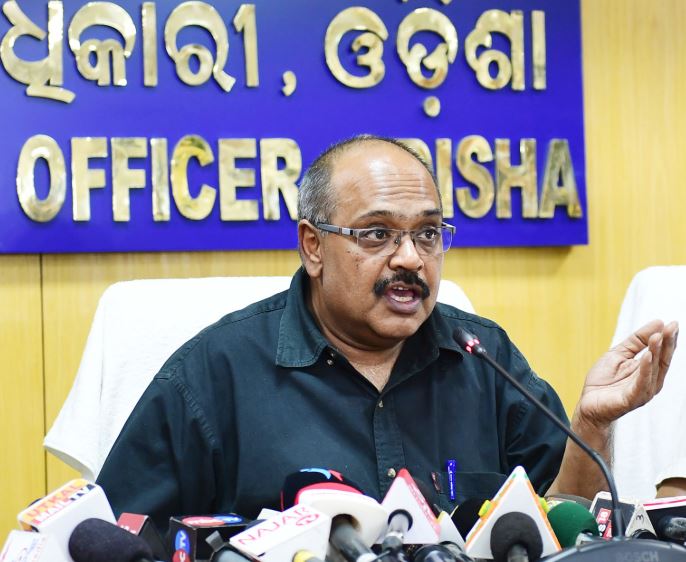 With the nod from the ECI, the polled EVMs will be shifted in two districts — Jagatsinghpur and Gajapati — to the safe locations.

“The entire shifting process will be conducted in presence of the poll candidates of the particular constituencies and it will be videographed,” said the Chief Electoral Officer (CEO) Surendra Kumar.

Based on recommendation from Odisha CEO, the ECI also approved for retrofitting and waterproofing of the EVM strong rooms of 55 Assembly constituencies in 14 districts.

According to reports, the polled EVMs will be transported to the strong rooms amidst tight security.

The vehicles transporting the EVMs and VVPATs will be accompanied by the joint team of central and state police forces.

Yesterday in view of cyclonic storm FANI, Chief Minister Naveen Patnaik had urged the ECI to revoke the model code of conduct and postpone polls in Patkura Assembly seat in Kendrapara district scheduled on May 19.

Notably, the cyclonic storm FANI has intensified into an extremely severe cyclonic storm. It is likely to hit Odisha coast on May 3 with wind speed of 175-185 kmph gusting to 205 kmph.

As per IMD prediction, the very severe cyclonic storm FANI is likely to make landfall between Balukhand and Satpada in south of Puri district on May 3 afternoon.

Thunderstorm alert for 6 Odisha districts ahead of Cyclone ‘FANI’