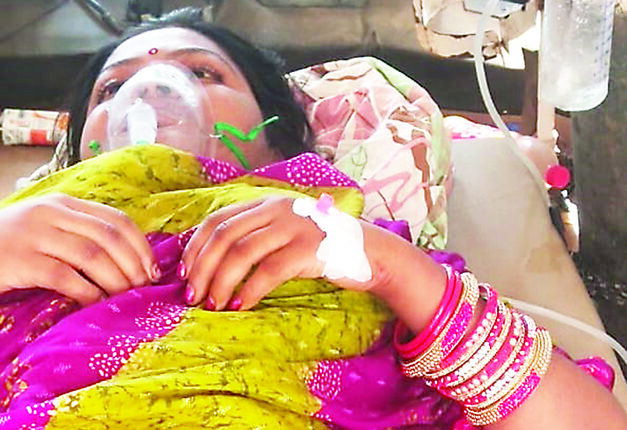 Bhubaneswar: In a highly tragic incident, a newly-wed woman, who was suffering from COVID-19, succumbed to the virus as her family members were unable to get her admitted to any hospital in Odisha capital, yesterday.

The deceased, identified as Swarnalata Pal (25), had married Bishnu Charan Bhol of Indolakusiari village under Kurunjipur panchayat of Khordha district on April 28.

Few days ago, she complained of fever and later her condition deteriorated. As she felt breathlessness yesterday, her family members took her to the Balipatna Community Health Centre (CHC).

She was then referred for shifting to the Capital Hospital here. On being brought to the government healthcare facility in the city, doctors advised her kin to take her to the SCB Medical College and Hospital in Cuttack.

Instead of shifting the woman to the SCB Hospital, her family members decided to admit her to any hospital in Bhubaneswar, but failed to do so as admission to several hospitals here was denied either due to non-availability of COVID test report or lack of vacant ICU beds.

The woman’s kin reportedly visited nine hospitals in the city including AMRI, AIIMS, a private clinic near Vani Vihar here and SUM, carrying her for around eight hours in a private ambulance inside which she was being administered oxygen.

Left with no option, the family members again took her to the Balipatna Community Health Centre. As her oxygen level had dropped drastically to 26%, doctor at the CHC told them to take her to Capital Hospital.

They refused to do so and pressurised the doctor to treat the woman. On being informed about the situation, Balipatna police reached the spot and asked them to shift her to Capital Hospital.

On being taken to the Capital Hospital, the woman underwent COVID-19 test and tested positive for the virus. However, she breathed her last inside the ambulance around 6 pm, before she could be admitted to the hospital.