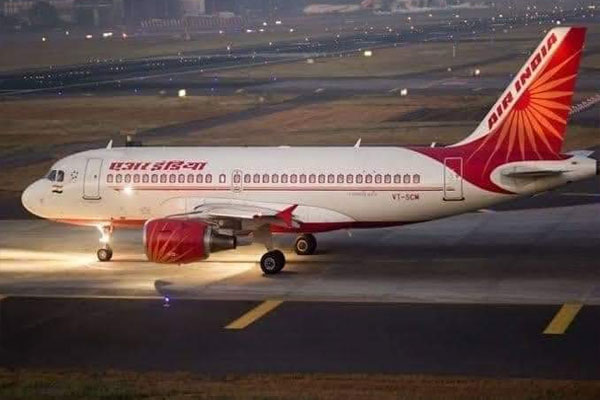 New Delhi: Aviation regulator Directorate General of Civil Aviation (DGCA) has sought a report from Air India into the incident which came to light weeks after a drunk man urinated on a woman co-passenger in the business class of an Air India flight in November last year.

The matter was revealed after the woman reportedly wrote to the group chairman of Air India, N. Chandrasekaran. The airline has filed a case and has recommended that the unruly flier be placed on the no-fly list.

The incident reportedly occurred on November 26. The drunk passenger allegedly urinated on a co-passenger in her 70s in the business class of an Air India flight from New York to Delhi. The lights had been dimmed after a meal.

The person allegedly didn’t move until another passenger asked him to leave. The woman complained about the matter to the crew and told them her clothes, shoes and bag were soaked in urine. Reports said that the crew allegedly gave her a set of clothes and slippers and told her to return to her seat.

Disappointed at the airline’s handling of the incident, the woman reportedly wrote the matter to Chandrasekaran the next day.

Air India has now filed a police complaint against the man. Sources said that Air India constituted an internal committee and recommended putting the accused passenger on the ‘no-fly list’. The matter is under examination of a committee and a decision is awaited, added sources.

While Air India has not issued a detailed statement on this, sources said that the woman reportedly said in her letter that she didn’t want to remain seated on the soiled seat, so she was given a crew seat. However, after an hour, she was allegedly told by the crew to return to her seat, which was covered with sheets. The crew sprayed disinfectant on the seat, she said.

The woman was offered another crew seat after she firmly refused to take the same seat. It has also been alleged that the woman was not given a different seat in the business class even though there were vacant spots.

There have been many incidents of unruly behaviour on a flight. Recently, a high-pitched argument between an air- passenger and one of the crew members of an IndiGo flight went viral on social media. The argument started on the airline’s Istanbul-Delhi flight over food.

US regulators issue their first-ever joint warning on cryptocurrency risks

Man arrested in Ambala after stabbing girl in Delhi