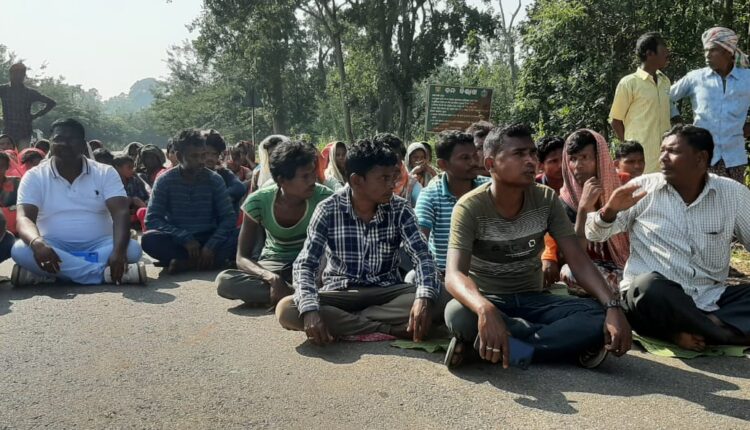 Malkangiri: The district police today picked up several locals who were staging road blockade on NH-326 near Kotameta in Odisha’s Malkangiri. The agitators have been alleging that two men were killed in firing by police in Malipadar forest of Koraput district on November 10 while cops are claiming that the two were Maoists and died during exchange of fire with security personnel.

The road blockade, which was going on since yesterday, had disrupted vehicular movement between Malkangiri and Jeypore. Normalcy in movement of vehicles was restored after police picked up the agitators, including tribal leader Sarat Buruda, from the spot.

Hundreds of villagers along with kin of Khamar had yesterday blocked NH-326 near Kotameta demanding compensation of Rs 30 lakh for his family.

They claimed that Khamar was a labourer and was on his way to Kotpad through the forest when he was killed. He was then branded as a Maoist by the security personnel, they alleged.

They further said that the weapons recovered from him was planted by the police.

Nag’s family members had similar claims as they said that he had no links with the Maoists.

Permanent Indian residents can now be part of Canadian military