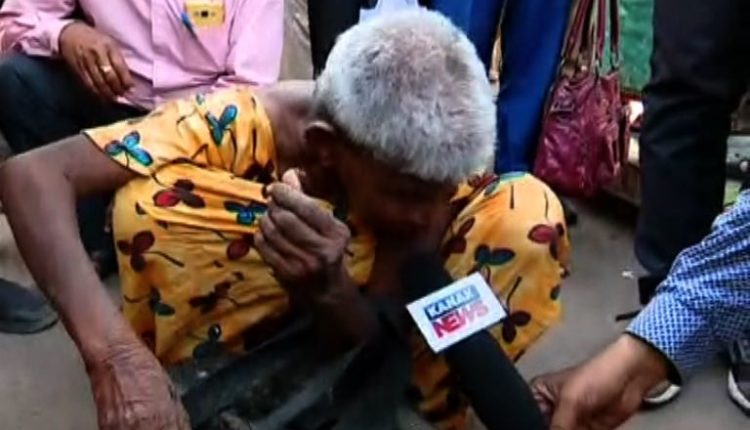 Puri: Lakshmipriya, who taught English, Mathematics and Geography to school students during her 15 years of teaching career, is begging on Badadanda in Puri town these days. She had earned praises and respects while teaching at the Government Girls’ High School in Sakhigopal. Later she flew to Ethiopia to earn good money to sustain her family after her husband died due to road accident. Lakshmipriya, a native of Sakhigopal, had one son and wanted to provide him quality education.

“But after her son fell ill, Lakshmipriya returned home from Ethiopia. To feed her family, she sold sarees from door to door. Her life took a dramatic turn when her son left home and disappeared. Following this, Lakshmipriya lost her mental stability,” said one of the woman’s former colleagues.

Pureena, a priest said Lakshmipriya has been begging on Badadanda for past 10 years. “Once I asked her to help her out and provide a house. But she refused the offer and said Lord Jagannath’s blessings are with her.”

Asked about her condition, Lakshmipriya said her relatives hatched a conspiracy and damaged her eyes. They then encroached upon her property, following which she relocated to Puri.