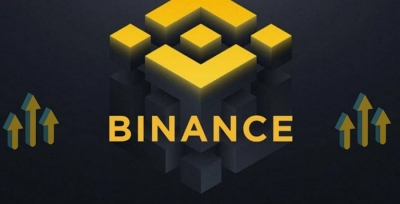 New Delhi: World’s largest cryptocurrency exchange Binance has confirmed that hackers have stolen more than $100 million from its platform.

The Binance Blockchain, also known as BNB Chain, said that a total of 2 million BNB tokens — worth nearly $568 million — were initially stolen by the hacker.

However, the company suspended the BMB Chain which resulted in more than $100 million being vanished, while the rest of the tokens couldn’t be transferred by the cybercriminals.

Binance CEO Changpeng Zhao said in a tweet that the company estimates the impact of the breach to be between $100 million and $110 million.

“The issue is contained now. Your funds are safe. We apologise for the inconvenience and will provide further updates accordingly,” Zhao posted late on Friday.

The exploit was through a sophisticated forging of the low-level proof into one common library.

The company said that it will give $1 million for each significant bug found by researchers in the BNB Chain.

“There is a bounty for catching hackers, up to 10 per cent of the recovered funds,” the company announced.

“A new on-chain governance mechanism will be introduced on the BNB Chain to fight and defend future possible attacks,” it added.

There has been a series of attacks on targeting vulnerabilities in cross-chain bridges on crypto exchanges in the recent past.

In June, a hacker exploited a bug to steal $100 million from Harmony’s Horizon Bridge.

In August, cyber-criminals stole $190 million worth of crypto from the Nomad cross-chain bridge.

According to Blockchain data provider Chainalysis, nearly $2 billion in cryptocurrency has been stolen in cross-chain bridge hacks to date.