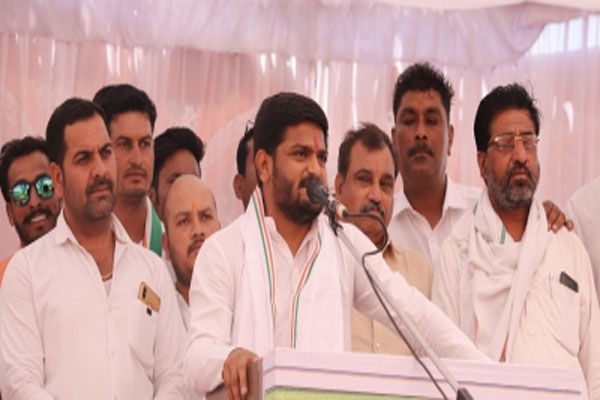 The elections in Gujarat are due in a few months.

In the resignation letter, Hardik Patel has alleged that the Congress has no interest in Gujarat, just opposing policies and programmes, never becoming an option to the ruling party that people are looking for.

He has further alleged that even after several efforts, the party failed to act in national interest and for the society. The Congress was obstacle on issues like article 370, CAA-NRC and implementation of the GST. These were people’s aspirations and the need of the hour for which the Congress should have played a positive role, but it did not, Patel said.

The Congress party has said that it has not received Hardik’s resignation either in soft or hard copy. “The party leaders have heard this from social media, and through media that he has resigned,” said Manish Doshi, spokesman of the Congress.

The speculations are wild that he may join the BJP.

Hardik’s former colleague at PAAS (Patidar Anamat Andolan Samiti) and BJP worker Chirag Patel, in his first reaction has said that lakhs of BJP workers are unhappy and disappointed with Hardik, and they would be unhappy if he joins the BJP. At the same time he added that all of them are committed BJP workers and will respect party’s decision, if Hardik joins BJP.