Have not agreed to fraud allegations before police: Akash Pathak 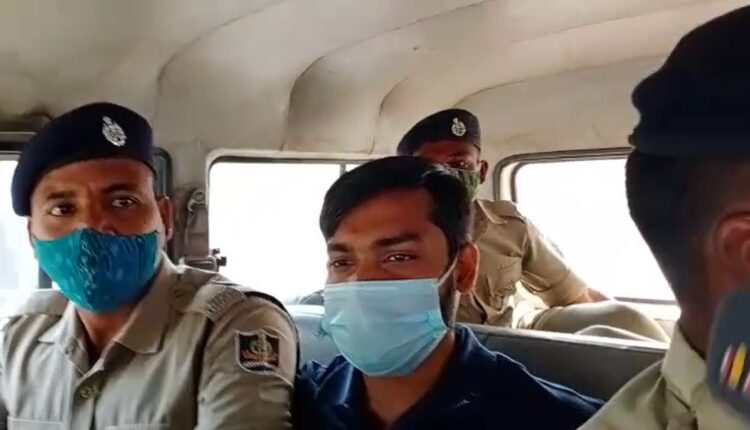 Bhubaneswar: Tainted IFS Officer Abhay Pathak’s son Akash Pathak today said that he has not agreed to any fraud allegations leveled against him.

Akash told this to reports while being taken to the Sub-Divisional Judicial Magistrate Court (SDJM) by Kharvel Nagar police today. The Kharvel Nagar police produced him before the court as his four-day remand period ended today. Later, he was sent to Jharpada jail here.

On December 2,  the travel agency had registered a complaint at Kharavel Nagar police station  accusing Akash of defrauding it of over Rs 65 lakh. Acting on the complaint, Sky King police had moved court seeking his remand for interrogation.

Reportedly, Akash and his father Abhay Kant Pathak had booked chartered flights, luxury accommodation at  five star hotels and air tickets  around Rs 2.78 crore through the agency. However, they had paid Rs 2.13 crore while outstanding bill of Rs 65,16,233 was not cleared.

The company further had alleged that the duo threatened officials of the Sky King of dire consequences when the latter approached to repay the bill.

Apple iPad with OLED display not before 2022: Report