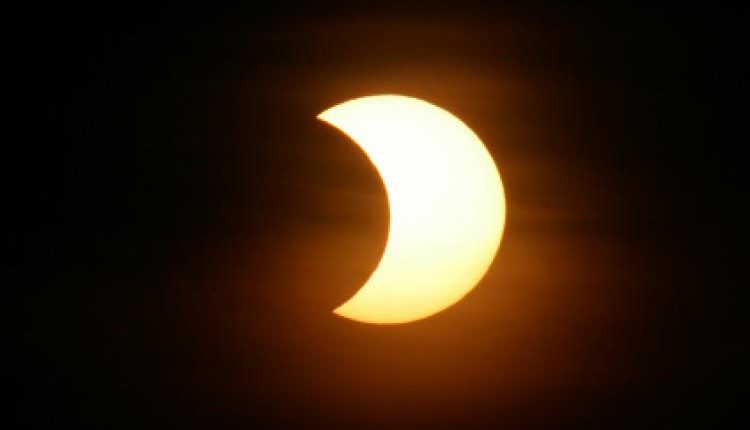 Bhubaneswar: In view of much curiosity among the skywatchers for this year’s final solar eclipse, special arrangements will be made at several places here ensuring them to view the celestial event safely on December 26.

People can see the partial solar eclipse in morning sky through telescope at Pathani Samanta Planetarium in Bhubaneswar.

Solar Eclipse just a week away; Know when and where the ‘Ring of Fire’ will be visible

Planetariums to reopen in Odisha from February 2

Besides, with help of the planetarium arrangements will be made at Institute of Physics for safe and easy way to view the solar eclipse on December 26 morning. Also, facility will be provided by Vigyan Chetana Manch at BJB Autonomous College Ground for the students to see the stunning event.

Notably, the solar eclipse will occur over Asia, Africa and Australia on December 26. However, parts of India can able to witness the celestial phenomena after sunrise from 9.00 am to 12.29 pm.

“In Odisha, the partial solar eclipse will occur at 8.20 am and it will end at 11.28 am. The Moon will cover the Sun around 55%-65% at around 9.46 am,” said Subhendu Patnaik, Deputy Director of Pathani Samanta Planetarium, in a release today.

A solar eclipse occurs on a new moon day when the Moon comes in between the Earth and Sun and when all the three are aligned. The partial solar eclipse is a spectacular event in which the Moon appears to take a bite out of the Sun. However, people are advised not to stare at the Sun with naked eyes, even for a very short time, during the eclipse as the dangerous ultraviolet rays could lead to damage of eyes. They should follow some safety tips to view the eclipse.

In view of the upcoming solar eclipse, the planetarium along with several organisations are creating awareness among people for safe watching of the event.

“It is not safe to look at a partial or total solar eclipse without proper equipment or techniques. Staring at the Sun without proper precautions can do damage to eyes,” the release stated.

Along with planetarium, other science organisations are also engaged to provide solar eclipse glasses for safe view of the event across the state on December 26.

This award-winning Odia Director to debut on Netflix

Over 1,000 school students from Odisha take part in YATS…