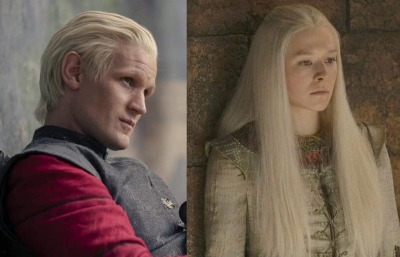 Mumbai: Ryan Condal, co-showrunner of the streaming series House of the Dragon, recently opened up on the struggle behind getting the hair right for each character in the Game of Thrones prequel.

Talking about the multiple wigs made for each character and how they would be shampooed and styled ready for the next day’s filming, Ryan said in a statement, “I think we bought up all of the white hair that existed in Europe. We needed multiple wigs for each actor. For example, Matt Smith, as Daemon, had five different wigs because he has different haircuts as time passes in the story.”

He also mentioned about achieving a unique feat with regard to hair and make-up in the showbiz, “I really do think that this is the most wigs anybody has ever used in a show like this. But they were fantastic the team making the wigs and styling the actors did an incredible job and most importantly, they look real.”