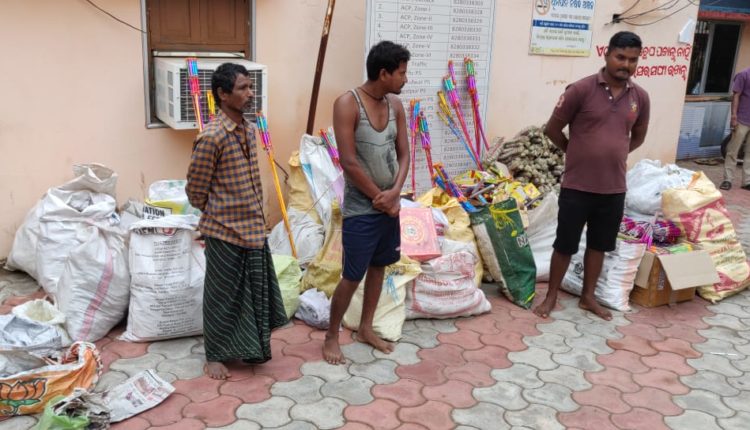 The police arrested three persons and seized crackers worth around Rs 5 lakh during raids on illegal cracker manufacturing units at Padmapur, Trilochanpur and Kazi Bazaar in Jagatpur area of Cuttack district ahead of Diwali.

Last week, the cops had seized crackers worth over Rs 50 lakh following a midnight crackdown on illegal firecracker units at these above areas in Cuttack. Three persons were detained in this connection. Read: Crackdown On Illegal Cracker Units In Odisha; Huge Cache Of Explosives Seized