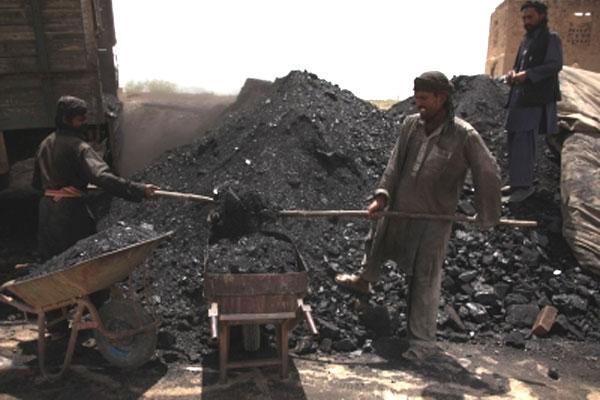 New Delhi: India alone is home to 7 percent (21GW) of the global coal project pipeline, which is 56 percent of South Asia’s total, a study showed on Tuesday, with the country moving slowly away from coal at a national level, however considerable progress is being made at the state level.

Four countries in South Asia, Bangladesh, India, Pakistan and Sri Lanka, have previously considered or are currently considering coal. Together, they account for 13 percent of the global pre-construction pipeline (37.4GW), said a new report by climate change think tank E3G that assessed the global pipeline of new coal projects.

It finds there has been a 76 percent reduction in proposed coal power since the Paris Agreement was signed in 2015, bringing the end of new coal construction into sight.

The report says Sri Lanka, Bangladesh and Pakistan are showing leadership in cancelling projects and making political statements that they will no longer pursue new coal power.

In India, significant socio-economic headwinds to new coal have led to state-level commitments to no new coal, opening a pathway for national-level progress.

Having considered new coal-fired power projects for a number of years, Sri Lanka is now leading the way in South Asia.

The report finds India is moving slowly away from coal at a national level, however considerable progress is being made at the state level.

Between 2019 and 2021, public officials from the states of Gujarat, Chhattisgarh, Maharashtra, and Karnataka announced their intention to not build new coal power plants.

According to a 2019 study, many more states have the potential to move away from new coal power due to a combination of socio-economic and environmental factors, particularly the rapidly increasing cost competitiveness of new renewables.

India’s pre-construction pipeline of 21GW is the second largest in the world.

India is currently constructing 34GW of new coal capacity, more than the next seven countries combined. This is on top of India’s considerable existing operating fleet of 233GW (11.3 per cent of the global total).

Yet since 2015, India has seen over 326GW of projects cancelled, including more than 250GW of shelved capacity. This means almost 7GW has been scrapped for every 1GW that has gone into operation.

Conditions are now ripe for India’s remaining pipeline to not continue into construction, says the report. The cost implications of building new coal are starker in India than in many other countries, with clear evidence that even a country with large domestic coal reserves can struggle to make coal-fired power economically viable.

Average coal plant load factors have fallen consistently, from 61 per cent in 2018 to 53 per cent in 2021, making it more expensive to run existing plants and highlighting the folly of building new coal.

This is cheaper than the majority of the existing Indian coal fleet, and all the new coal projects. Renewables backed by storage are also increasingly competitive.

Even the under-construction pipeline of coal projects (34GW) face major stranded asset risk, according to IEEFA’s June 2021 study. Stressed and stranded assets are already a reality, for example the seven-plus coal power units totalling 7410MW that have either been ordered to be liquidated or are heading for liquidation, six of which were in early stages of construction.

Most private developers have little appetite for coal and are instead pivoting to renewables, making it increasingly hard to fund new coal projects. Recent analysis also suggests that India may not even need additional coal capacity to meet its future electricity demand and could even begin retiring older coal plants and still meet demand projections.

While Indian national politics have hesitated to engage in discussion on moving away from coal for multiple reasons, progress is being made at the sub-national level, with several states considering pivoting away from new coal.

Senior government officials in Gujarat, Chhattisgarh, Maharashtra and Karnataka have all signalled their intent to not pursue new coal power projects.

India’s pursuit of coal has typically been justified on energy security, affordability, and development arguments, but new coal does not make economic sense for India anymore.

Renewable energy can deliver these outcomes better, quicker and cheaper, and without the negative socio-economic, health, and environmental impacts of coal, concludes the report.

Flood-like situation in Odisha as rivers swell after heavy rainfall