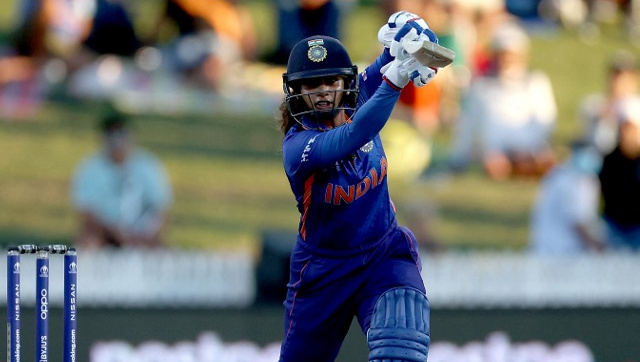 Belinda had captained Australia in 23 matches and Mithali, with the ongoing match against the West Indies at Seddon Park, has now captained India in 24 matches of the showpiece event.

In comparison, former Team India captains MS Dhoni and Mohammad Azharuddin have skippered their sides for 17 and 23 times at World Cup events respectively.

“Mithali Raj breaks the record for most matches captained in the ICC Women’s Cricket World Cup,” said the International Cricket Council (ICC) on Twitter. At the start of the tournament, Mithali had become the first cricketer to appear in six editions of Women’s Cricket World Cups, joining legendary batters in men’s cricket Sachin Tendulkar and Javed Miandad.

In 23 matches, Belinda had 14 wins, eight losses and one no result against her name. She also lifted the World Cup twice in her captaincy reign, doing so in 1997 and 2005. Co-incidentally, Mithali and Belinda are the only two captains to have been skippers for their respective teams in more than two editions of the Women’s Cricket World Cup.

Earlier, Smriti Mandhana and Harmanpreet Kaur notched up centuries as India posted a mammoth 317/8 in 50 overs against the West Indies, their first 300-plus total in the history of the tournament. It was also the third time two cricketers scored hundreds for India in a women’s ODI match.

Apart from their knocks of 123 and 109, Smriti and Harmanpreet were also involved in a 184-run stand, which is the highest partnership for India across all editions of Women’s Cricket World Cup, going past the 173-run stand between Thirush Kamini and Punam Raut, co-incidentally against the West Indies in 2013.