IPL 2022: Ravindra Jadeja knew if MS Dhoni stayed till last ball, he would win it for CSK 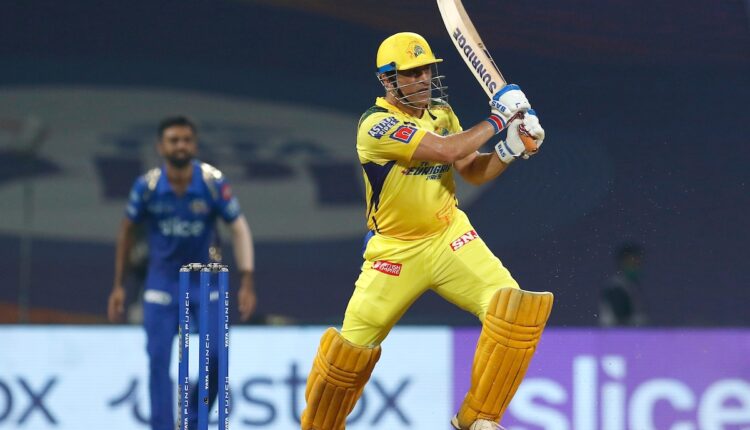 Navi Mumbai: Thursday’s ‘El Clasico’ of IPL 2022 totally lived up to its billing at DY Patil Stadium with MS Dhoni offering a throwback to his vintage finishing avatar, hitting a six down the ground, pulling through short fine leg for four more, a brace whipped through mid-wicket and a match-winning four pulled through fine leg off Jaydev Unadkat on the final ball to give Chennai a close three-wicket win over Mumbai Indians.

The former India and Chennai captain finished unconquered at 28 off 13 balls with three fours and one six at a whopping strike rate of 215.38, adding another chapter to his illustrious book of finishing matches successfully. Dhoni gently raised his bat after finishing off the job for Chennai as they took just their second win of IPL 2022 in a thrilling fashion after being behind for the majority part of the chase.

“I have seen many matches of Mahi bhai ( MS Dhoni) where he has won it for India as well as IPL. It feels very good that Dhoni is still hungry and the touch is still existing. On seeing that, there is a sense of calmness in the dressing room that when he stays in the middle till the last over, then he will definitely win the match for us,” said Chennai skipper Ravindra Jadeja in post-match virtual press conference.

It was not just Chennai having feelings of nervousness in the dugout. Till the time Dhoni vintage magic hit them, Mumbai had been doing well with the ball, striking at regular intervals to keep themselves in the hunt for their first win in IPL 2022. But Dhoni, called by Jadeja as ‘world’s greatest finisher’ had other ideas in the match-deciding final over, leaving Rohit Sharma and Co on the losing side for seventh straight time.

“We were under a lot of pressure and the way the match was going, I felt that there was pressure on both sides of the dugout because the world’s best finisher was batting. We knew that somehow if he could stay until the last ball, then definitely he would win it for us because we had the belief that he would not miss those last few balls and luckily it happened like that. We were tense but we had faith because he has won so many matches for India and in the IPL,” stated Jadeja.

Apart from Dhoni, Chennai had another main protagonist in left-arm pacer Mukesh Choudhary, who didn’t have the best of times before the ‘El Clasico’. But Choudhary rocked Mumbai early on, taking out Sharma and Ishan Kishan for two-ball and golden ducks respectively in the opening over before claiming Dewald Brevis in his second over to leave the five-time champions in trouble.

Choudhary eventually took the ‘Player of the Match’ award, speaking volumes of Chennai’s faith in backing players coming good despite not being in good form.

“Mukesh has been around since the last season as a net bowler and we have been keeping an eye on his since then. He bowls well and with swing too, so his ability to swing the new ball is very good, that’s why we have backed him,” Jadeja said.

It was a night where Choudhary and then Dhoni lit up DY Patil Stadium with a match to remember for a long time. “In the last two-three matches, his bowling has not been that good. But we still back him because we knew at some point, he will take wickets for us and today he did that, tried to swing and got us wickets,” concluded Jadeja.