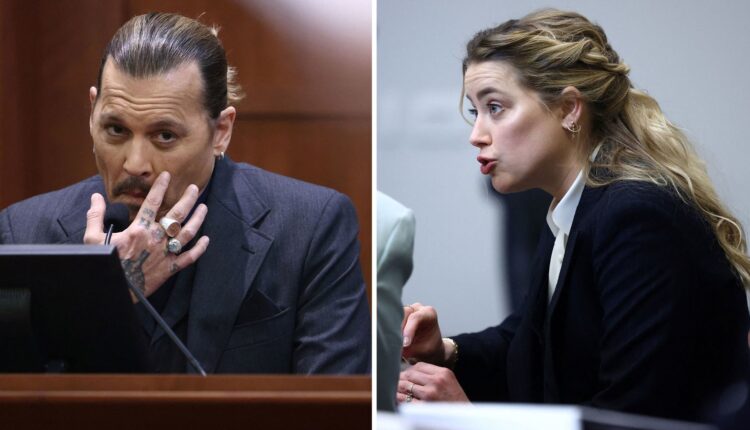 Los Angeles: Hollywood star Johnny Depp says he asked former wife and actress Amber Heard to cut him with a knife and “take” his blood because it was “the only thing she didn’t have”.

The ‘Pirates of the Caribbean’ actor is suing his ex-wife for defamation relating to a 2018 essay she wrote for The Washington Post in which she described herself as a “public figure representing domestic abuse”, and though the article doesn’t mention him by name, Depp has argued it refers to allegations she made after they split in 2016.

Depp told the court he repeatedly told her to cut him during a meeting in July 2016 – two months after she filed for divorce – because his blood “was the only thing she didn’t have”, reports femalefirst.co.uk.

The court had previously heard the recording of the incident, and asked about the meeting by one of his lawyers, Depp admitted it went “not particularly well”.

He claimed: “I was quite confused I’d been summoned to her at that point since all the news was about the fact I’d allegedly done all these horrible things. I met with her in the hope she would retract her lies that the world was now fed, had been fed. In no way was she ready to do that. I couldn’t understand why I was there.

“Everything had been taken from me. My children couldn’t escape the fact all this had gone down.”

Recounting their conversation, Depp added: “That’s what you want to do. You’ve taken everything, you want my blood take, it. She said, ‘no no’. (I said), ‘If you’re not going to take it, that’s all I’ve got left’. If she wasn’t going to do it, I would have done it. I was at the end. I was broken.

“The only answer was here, cut me, that’s all I have left to give you. There was no threat to Miss Heard, it was about spilling my blood, it was the only thing she didn’t have. I was broken and really at the end.”

The court also heard a phone call between Heard and Depp, which he claimed took place between May and July 2016.

In the audio, she challenged him to take her to court and see who would believe him if he made allegations of domestic abuse.

After Heard claimed she didn’t know how to get her “reputation back”, Depp suggested a joint letter saying they would “take this out of the public eye”.

She said: “You have no idea. Every ounce of credibility has been taken from (me) and done so in a dishonest way.”

Later in the call, she appeared to address the final row before their divorce, when she claimed he struck her with a phone.

She said: “I did not call the cops. I did not give them any statement, I was trying to protect you�the last time it got crazy between us I really thought I was going to lose my life.”

Heard said: “Tell people it was a fair fight and see what the jury and judge think. Tell the world I, Johnny Depp, a man, am a victim of domestic violence and see how many people believe or side with you.”