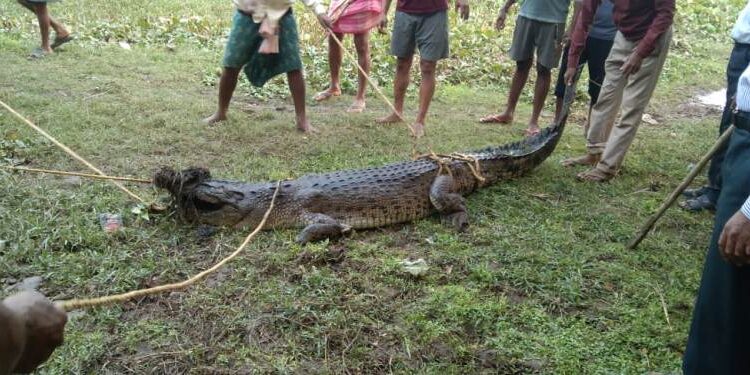 Kendrapara: Locals today rescued a 10-feet-long crocodile while the reptile was heading towards Naladia village under Rajnagar block of Odisha’s Kendrapara district.

According to reports, the crocodile had strayed towards the residential area from Brahmani river. Before any kind of mishap, the villagers spotted the animal and rescued it.

Later, the locals handed it over to Forest officials who reached the village after being informed by them.

‘Fever, pain among minor side effects after getting Covid vaccine’

Crocodile count up in Odisha’s Bhitarkanika