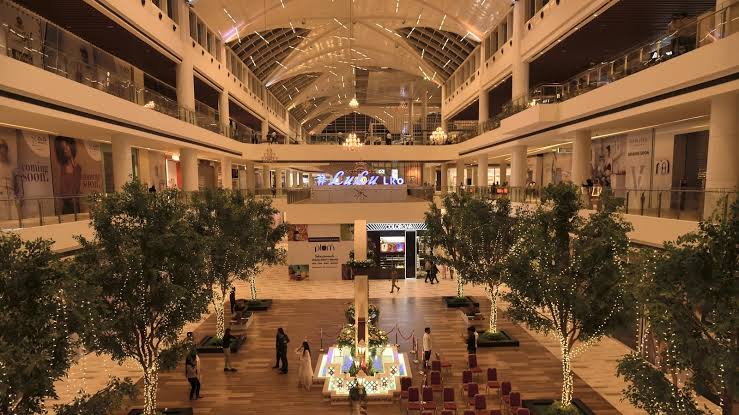 Lucknow: The newly opened Lulu Mall in Lucknow is turning into a communal cauldron with right-wing activists going overboard in protesting against the alleged namaz incident that took place in the mall last week.

Groups of activists belonging to Karni Sena and Rashtriya Hindu Sanrakshak Dal, are storming the mall, claiming to recite the Hanuman Chalisa there in response to the group that offered ‘namaz’ in the mall.

A video of two men reciting Hanuman Chalisa in the mall went viral on Saturday afternoon.

Later in the night, Deputy Commissioner of Police (DCP) South, Gopal Krishna Choudhary was shifted after the controversy.

Subash Chandra Shakya, who was DCP traffic, has been made new DCP South.

Police officials said that drones will now be used for surveillance at the mall from Sunday.

So far, more than 20 people have been taken into custody on the issue.

Meanwhile, huge crowds have been thronging the mall since it opened on Monday last.

The mall management has put up a notice stating that no religious work or prayers will be permitted inside the mall and police personnel were deployed outside.

Police officials said that they were investigating the matter of offering namaz after an FIR was registered on the complaint of mall PRO Sibtain Hussain who said that the persons offering namaz, as seen in the viral video, are not their employees.

The FIR was lodged under sections 153 A (1) (promoting enmity by words, either spoken or written, or by signs or by visible representations on grounds of religion), 295A (deliberate and malicious acts, intended to outrage religious feelings of any class by insulting religion or religious beliefs), 341 (wrongfully restraining any person) and 505 (statements conducing to public mischief) of the Indian Penal Code.

Shishir Chaturvedi of the Akhil Bharat Hindu Mahasabha (ABHM) has claimed that the Lulu Mall was promoting love jihad by ensuring that 80 per cent of its male employees belong to one community while the female employees are from another community.

The mall management has refuted the allegations.