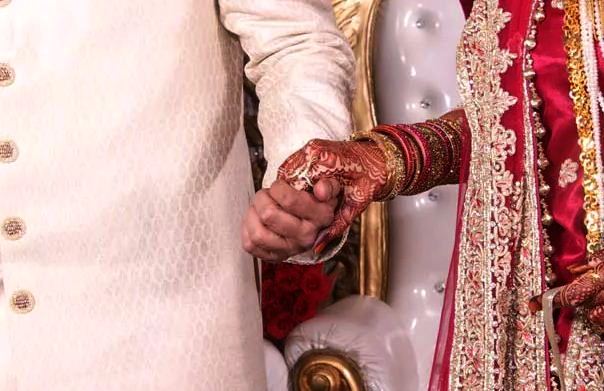 The incident took place in Kolhui police station area in Maharajganj district on Monday. The accused, who belongs to Siddhartha Nagar, was in a relationship with a girl from the Kolhui area. They met on social media platform.

The girl knew that the boy was not a Muslim but she decided not to reveal the same to her family.

The girl persuaded the boy to marry her according to Muslim customs.

During the marriage, the groom could not pronounce some Urdu words correctly and this made the girl’s family suspicious.

When the groom fumbled over Urdu words, the girl’s family checked his PAN card and his true identity was revealed.

The bride’s family and the villagers caught hold of the accused and his friends while they were trying to flee.

After this, he was handed over to the police.

The marriage has been called off for now.

Inspector in charge, Dilip Shukla said that the groom and the bride were brought to the police station and were being interrogated. The girl has admitted that she was aware of the boy’s religion.

He said the further action would be decided later.