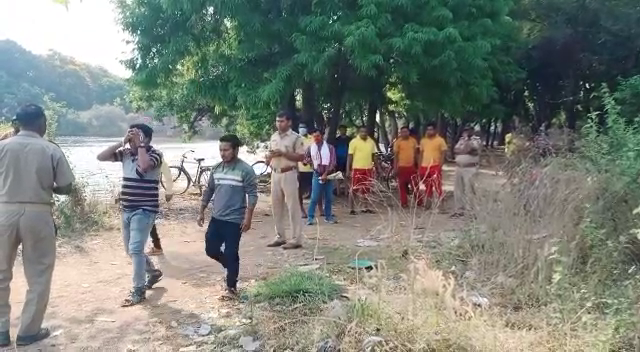 Sambalpur: Body of a youth, who was missing for last three days, was found with his hands and legs tied from a power channel in Burla, Sambalpur district.

The deceased person has been identified as Subind Kuanr, a resident of Ghenupali village under Khetrajpur police limits.

According to reports, the youth had gone missing since April 26. A missing complaint in this regard was lodged with the local police by Ahalya Kuanr, the mother of deceased youth.

Sources said that Subind had left his home at around 4.30 pm on April 26 (Tuesday) to meet a woman near Maa Samalei Temple from where he went missing.

Demanding to speed up search operation to find whereabout of the youth, hundreds of locals had gheraoed Khetrajpur Police Station on Thursday.

Next morning i.e. today, police with help of fire services personnel found body of the missing youth from the power channel.

Reportedly, Subind was in love with a woman which is suspected to be a key reason behind his murder.

Sources said that some miscreants tied the youth’s legs and hands with a rope before killing him and threw the body in the power channel.

Police detained a few accused persons for interrogation in connection with the case.