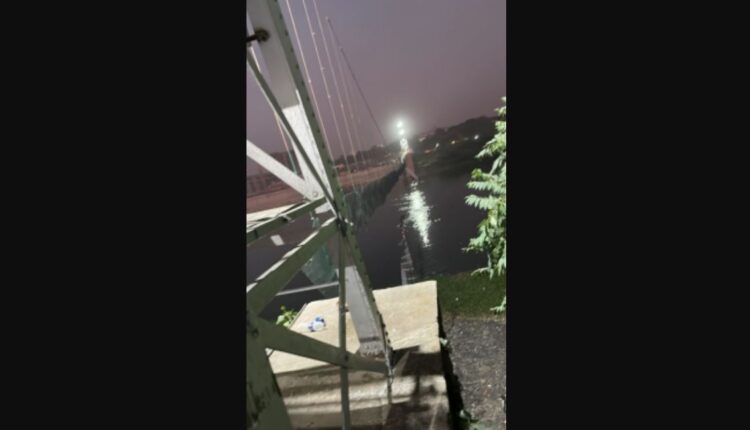 Ahmedabad: A family from Ahmedabad had visited the suspension bridge in Gujarat’s Morbi town on Sunday afternoon when few youth were shaking the bridge due to which the former feared that it would damage the bridge so they alerted the security guard on duty but his response was lukewarm.

Vijay Goswami, a resident of Ahmedabad, had gone to Morbi town to visit a relative residing in Morbi town, after learning that the suspension bridge is reopened for the public. Therefore, the family decided to visit the bridge.

Goswami told the media that he and his family visited the hanging bridge around 3 p.m., when there would be nearly 150 to 200 visitors on the bridge. While they were returning on the bridge, few youth were shaking the bridge because of which elders and children were facing difficulty on walking and had to stand holding support and were not able to walk.

The Goswami family left the city around 4 p.m. and returned to Ahmedabad and late evening they learned about the bridge collapse.

According to a local newspaper report, the bridge was reopened for the public on October 26 and in the first four days 10,000 visitors had visited the bridge.