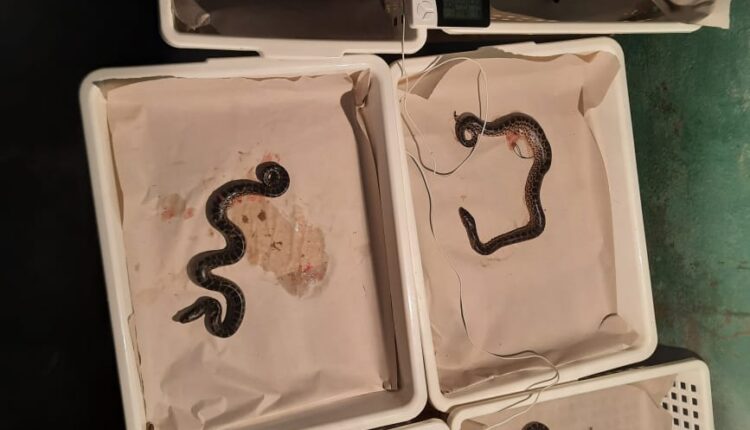 Bhubaneswar: Due to the effort of vets of the Nandankanan Zoological Park and the Orissa University of Agriculture and Technology (OUAT), the female yellow anaconda that gave birth to a snakelet on July 7 has delivered another seven snakelets today.

Zoo officials said at around 5.30 pm today, six live and one still-born anaconda snakelets were born. The vet team attended the snakelets for post birth care.

The zoo officials further informed eight live anaconda snakelets have been kept in individual boxes under control environment for temperature and humidity. The mother anaconda is under observation.

An anaconda can give birth to 20 hatchlings at a time.

It is worth to mention that the Nandankanan zoo bought eight yellow anacondas from the crocodile bank in Chennai on November 28, 2019. But three of them died due to infection.