NCERT syllabus for classes 1 to 3 soon in UP 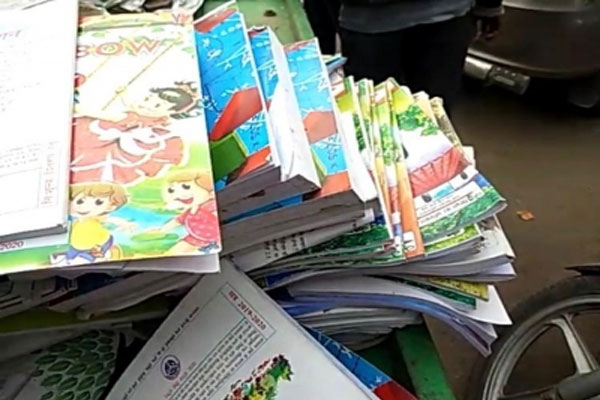 Lucknow: The syllabus of the National Council of Educational Research and Training (NCERT) will be implemented from class 1 to 3 in government primary schools in Uttar Pradesh from the 2023-24 academic session.

According to Director general, school education, U.P, Vijay Kiran Anand, the basic education department has sent a proposal to the cabinet for approval.

The books of NCERT have already been introduced for class 9 to 12 students in U.P. Board schools.

Talking about books, he said, “Since they are already available in the market, the basic education department is only required to take consent for copyright for printing of these books. About 75 lakh students of class 1 to 3 will benefit from NCERT books.”

The decision to implement NCERT syllabus in council schools was taken in 2018 and there was a plan to implement it in a phased manner from classes I to 8 from 2021-22. But it got delayed due to the outbreak of Covid-19.

Now the government will implement the syllabus from class 1 to 3 in the next session and then till class 8 in the next two years. Ahead of it, the basic education department will carry out teachers’ training for which the workbook module has been designed.

“Teachers’ training is an important aspect as the NCERT books are a little different from the SCERT books,” the official said.

The official added the decision to switch to NCERT books was taken as most of the competitive exams after class 12 are based on NCERT pattern.

Already NCERT books are being taught in class 9 to 12 at the secondary level and when these students graduate to higher classes, they will be able to adapt well.

Presently, there are 1.9 crore (19 million) students studying in 1.32 lakh (1,32,000) government primary and upper primary schools across the state.

Soon after the BJP government came to power, NCERT syllabus was introduced in U.P. Board schools.