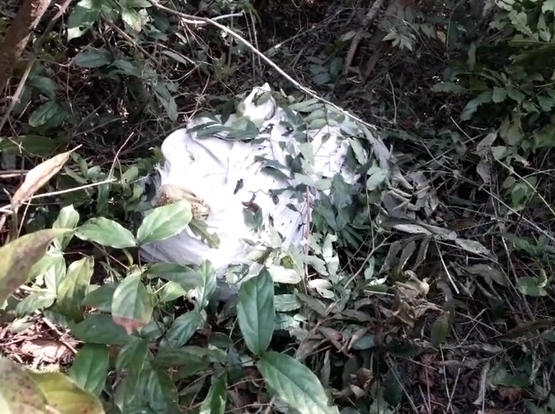 Dhenkanal: The body of a newly- wed woman wrapped in a sack was found in a forest near Parshurampur village under Rasol block in Dhenkanal district today. The deceased has been identified as Aarti Sahoo(27), daughter of Santosh Sahoo of Suranali Sahi at Parshurampur village.

Sources said Aarti was in a love relationship with Sujit Sahoo, a resident of Colony Sahi at Parshurampur village. The couple got married around seven months ago. During the time of marriage, Aarti’s in-laws had demanded dowry, following  which her parents had given them Rs 1 lakh cash. However, her in-laws had been demanding more dowries since then.

Today, when Aarti’s father visited  her house after hearing about her illness, he found the house locked. When inquired, a neighbour told him that Aarti’s in-laws killed her and took her to somewhere in an auto-rickshaw . Reportedly, Aarti was three months pregnant. Later, her father lodged a murder complaint against her in-laws at Rasol police station.

Police along with a forensic team visited the jungle and found the body stuffed in a sack. The cops later sent the body for post-mortem to ascertain the exact cause behind her death. As per latest information, the police arrested the husband, father-in-law and mother-in-law of the deceased in this connection.