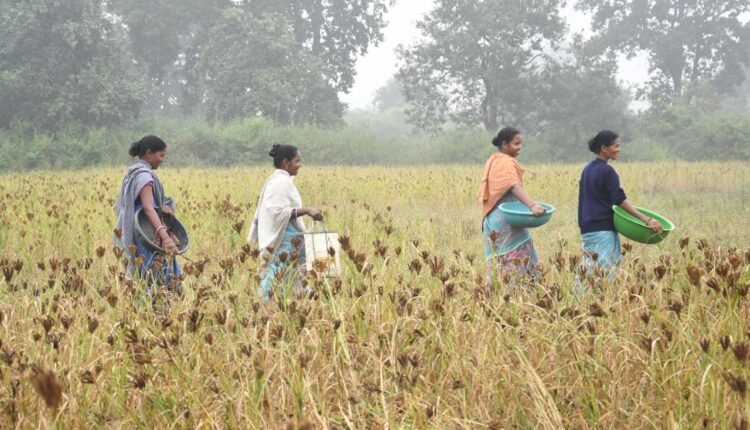 Sundargarh: At a time when the UN has declared 2023 as International Year of Millets, the Odisha Millets Mission being implemented in Sundargarh district received praise from country’s apex policy think tank Niti Aayog.

The Aayog, in its recent report titled ‘Take Home Ration–Good Practices Across the States/UTs’, has praised the initiative of including Ragi Laddu in Supplementary Nutrition Programme (SNP) for pre-school children under ICDS in Sundargarh.

Hailing it as a unique model in the country for its three-pronged gains of boosting the production of Ragi & other millet varieties, providing an assured price to the farmers and giving additional income to women SHGs, Niti Aayog has presented it among the best practices in the country under diversification of Take Home Ration (THR) products.

Commenting on Niti Aayog’s report, Sundargarh district Collector Dr Parag Harshad Gavali said, “By supplementing nutrition through millets, we are building a strong foundation for the growth of children. This initiative has also helped in boosting income of farmers and women Self Help Groups (SHGs) in the district.”

Ragi Laddu to supplement nutrition of pre-school children was launched as a pilot programme in Sundargarh district on Aug 15, 2020. In a span of 12-months, this had become a universalised scheme covering all 21 ICDS project locations in 17 blocks and 4 ULBs.

This special initiative has been benefiting over 63,000 children in the age group of 3-6 years in the district. At the same time, a total of 39 SHGs have been involved in the project of preparing the Ragi Laddu mix. 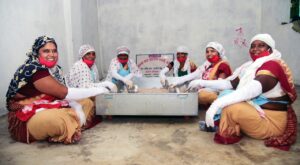 Moreover, against the initial provisioning of two laddus per children per week, the district has enhanced it to four laddus per child per week. The scheme was implemented without a hitch during Covid-19 pandemic. Ragi Laddu mix was delivered to the beneficiaries directly through Anganwadi Centres (AWCs) during the pandemic.

The Odisha Millets Mission Programme is being implemented in Sundargarh district successfully. With District Mineral Foundation’s (DMF) support, a five-year plan was chalked out to bring over 3,000 hectares of farmland under millets cultivation in the district. But the area under millet coverage is all set to double to over 6,000 hectares in Sundargarh at the end of the five year plan in 2022-23 fiscal.

Direct incentives are given to the farmers to boost millet cultivation in the district. Besides, there is the provision of MSP and government-run Mandis for swift procurement of millets.

Within two years of the launching of the five-year plan, 2 kg millet was supplied to the beneficiaries via PDS. Millet Shakti kiosks started mushrooming in the district by 2020-22 fiscal.

As of now, 21 Millet Shakti kiosks are functioning in the district, while one Millet Shakti Café is operational at Rourkela. Besides, two millet-on-wheel vans have been launched to popularise millets-based cookies and snacks.

Wake up call for Odisha to ensure better integrated water…