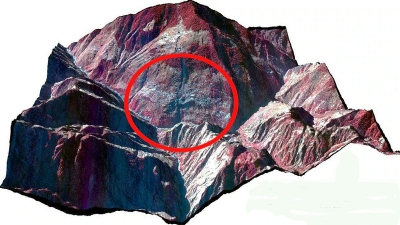 Chennai/Dehradun: The National Remote Sensing Centre (NRSC) is analysing in detail the satellite images of the land subsidence at Joshimath, said a senior official of the Indian space agency.

Part of Indian Space Research Organisation (ISRO), the Hyderabad-based NRSC had, on Thursday, put out a preliminary report on the land subsidence showing that the entire Joshimath may sink.

The pictures are taken from the Cartosat-2S satellite.

Hyderabad-based NRSC has released satellite images of areas that are sinking.

In the images, the entire town, including the Army’s helipad and the Narasimha temple, has been marked as a sensitive zone.

On the basis of ISRO’s preliminary report, the Uttarakhand government is conducting rescue operations in danger-prone areas and the people in these areas are being shifted to safer places on priority.

According to the report, the land subsidence was slow between April and November 2022, during which Joshimath had sunk by 8.9 cm.

The satellite images show that the Joshimath-Auli road is also going to collapse due to the land subsidence.

Crown of the subsidence is located near Joshimath-Auli road at a height of 2180 m, NRSC said.

Although scientists are still studying the cracks that appeared in the houses and roads after the land subsidence in the town, the findings in the primary report of ISRO are frightening.

According to NRSC, analysis of temporal InSAR is ongoing to identify landslide kinematics and results will be further updated.